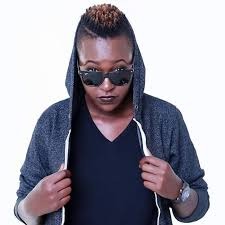 After contacting Keko she had this to say,” I have said what all I have to say, can’t make it any more clear!”

Ugandan female rapper, Jocelyne Tracey a.k.a Keko has been granted citizenship in Canada after coming out as Gay. There has been rumours going around that she was enjoying fellow girls but no evidence to pin her

On Saturday, she took it to her twitter account and tweeted “My gay ass is free yes free and there will be a wedding you best believe. Thank you Canada for giving me a new home…I feel free like a new person it was a burden to live in a box and walk on egg shells”.