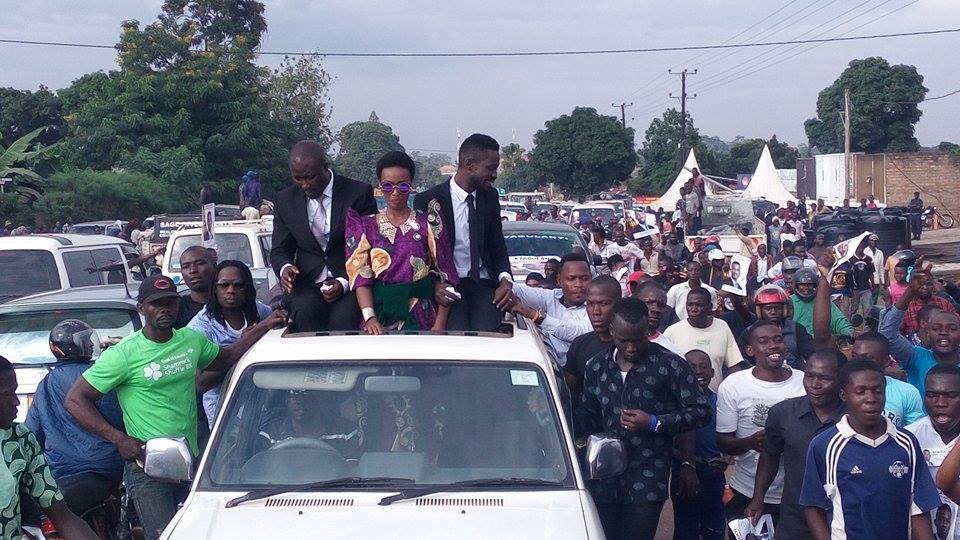 Uanda’s top musicians have put their weight behind fellow singer Bobi Wine in his quest to join parliament.

Several artistes including GeoSteady, King Saha, Kalifah Aganaga, Spice Diana and Victor Kamenyo among others have joined the “Bikwase Kyagulanyi”hitmaker on his campaign trail. They entertained the mammoth crowd  at Bobi’s second rally that was held at Wampewo grounds on Monday.

The singers are said to be performing for free and out of good will.

Bobi, who is standing on an independent ticket, is contesting for the Kyadondo East parliamentary seat which fell vacant following the nullification of FDC’s Apollo Kantinti election through court over noncompliance with electoral laws on the side of Electoral Commission.

The Kyadondo East by-election will be held on June 29.