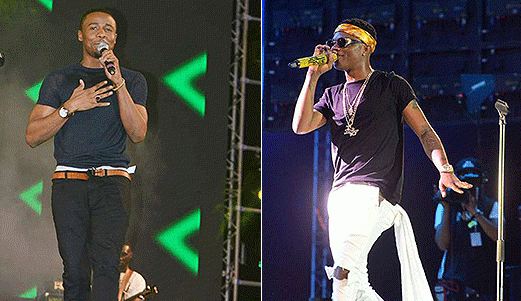 Ali Kiba and Wizkid were scheduled to perform at Mombasa Rocks concert over the weekend, and organizers had planned that Wizkid performs right before Chris Brown.
According to reports, Ali Kiba refused this arrangement saying his star is brighter in Kenya and hence he should be the one to perform right before the American superstar.

“Kiba felt he is bigger in Kenya than Wizkid hence he could not understand why he was scheduled to perform before,” a source told Nation.

The standoff was threatening to be explosive, but in the end Ali Kiba had his way and performed after Wizkid.

But the crowd was not exactly happy with Ali Kiba’s unusually short performance. Apparently, he only did 3 songs, but this was to pave the way for Chris Brown who was to leave the country that same night.

Reportedly, the Loyal singer was at the venue from 9pm and requested to be on stage by 11 pm since he was to fly out by 3 am.