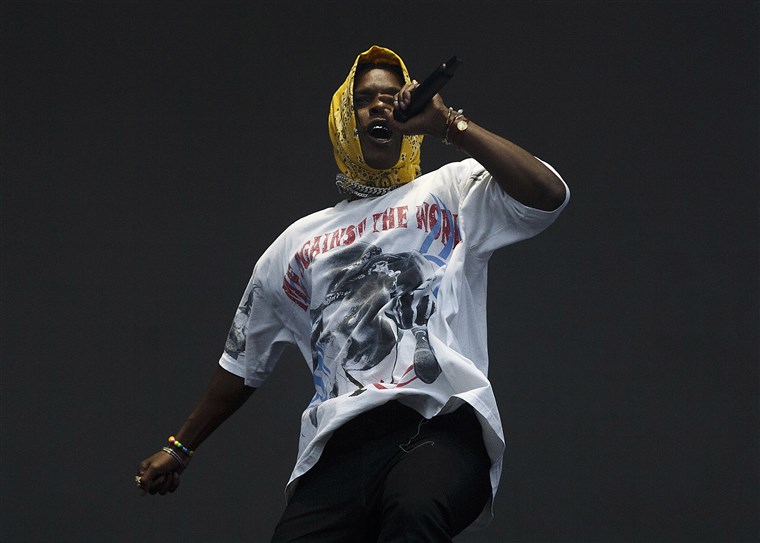 STOCKHOLM, SWEDEN – A$AP Rocky’s arrest is slightly more serious than originally thought. According to TMZ, the A$AP Mob rapper could remain in a Swedish jail for at least two weeks as prosecutors determine whether to charge him with aggravated assault.

Swedish police are normally only allowed to keep a person for three days.

Rocky was arrested on Tuesday (July 2), two days after the alleged assault. The vicious beatdown was captured on video and shows Rocky and members of his entourage pummeling a man in the street.

In a separate video posted by Rocky, the alleged victim is seen following them. He was reportedly upset over a pair of broken headphones. But, the man supposedly broke the headphones when smashing them over Rocky’s bodyguard’s head.

TMZ reports police can hold the A$AP Mob rapper for up to three days while prosecutors determine how to charge him.

Three other people were also taken into custody — two on suspicion of aggravated assault and one for suspicion of assault — but their relationship to Rocky is undetermined.

The incident took place on Sunday (June 30) after two groups of men allegedly got into an argument over a pair of broken headphones. But according to a roughly three-minute video Rocky posted, it appears the man broke his headphones when he smashed them on the head of Rocky’s bodyguard.

Although Rocky attempts to squash things, a fight ultimately broke out and Rocky jumps in. In the Instagram caption, Rocky says the men followed them for four blocks and “were slapping girls butts who passed.”

He could face up to six years in a Swedish prison

The reason for the argument was allegedly over a pair of broken headphones.

Sources reportedly say the two men kept following Rocky and threatened to call the cops over the headphones. Someone stepped in to translate the argument between the two group of men and Rocky issued an ultimatum — stop or else.

A woman interrupted the conversation and accused one of the two men of grabbing her inappropriately. Witnesses say at that point Rocky and his entourage decided to attack.

During the fight, someone smashes a bottle and three other men jump in to join the beatdown.

After Rocky and his friends fled, an ambulance and cops were dispatched to the scene. Police took statements from the witnesses at the scene.