R.O.W > Blog & News > Entertainment > Rick Ross hits back at Kenyan fans over fake list of demands for his upcoming concert 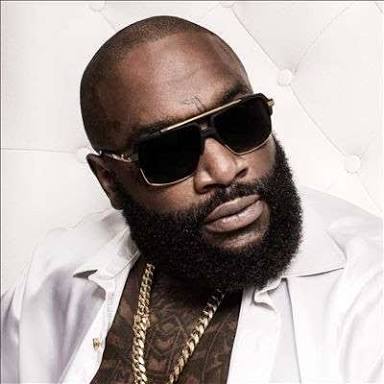 American rapper Rick Ross has blasted fans on social media over an outrageous list of demands that he allegedly made to organisers of his upcoming concert in Kenya.

William Leonard Roberts II, known professionally by his stage name Rick Ross, is slated to perform at a high end party in the capital Nairobi on 28th April.

A list circulated published by entertainment blogs in the country has been doing the rounds on social media, detailing demands that were reportedly made by Rick Ross’ management ahead of the concert.

The article misrepresents the terms of the contract we signed with the Boss’ management team.

Among the demands is 30 round trip air tickets, including 10 first class tickets, a helicopter to facilitate travel during interview appearances and transportation to the concert venue for the ‘Boss’.

The rapper is also said to have asked for 3500 bottles of his premium Luc Belaire brand champagne, 1500 fresh towels and 200 bottles of lemon flavored water.

This, in addition to reservation of three floors of a five star hotel with a round the clock services of a butler and a personal chef.

The management of the artist fondly referred to as the Boss by his fans are also supposed to have requested for two major roads in the capital to be closed off for the concert.

One such fan got a scathing reply from the rapper who called out the bloggers for circulating fake news.

The main organisers of the party, NRG Wave, have since issued a statement, discrediting the list, which they say misrepresents the terms of the contract signed with the American superstar.

‘‘The article misrepresents the terms of the contract we signed with the Boss’ management team,’‘ read part of the statement.

It is not uncommon for artists and other showbiz celebrities to make extravagant and sometimes hard to fulfil demands of organisers in the quest to maintain an aura of super stardom.

Mariah Carey, Beyonce, Rihanna, Kanye West are some pop stars that have been called out in the past for making very detailed and tasking lists to organisers ahead of concerts.