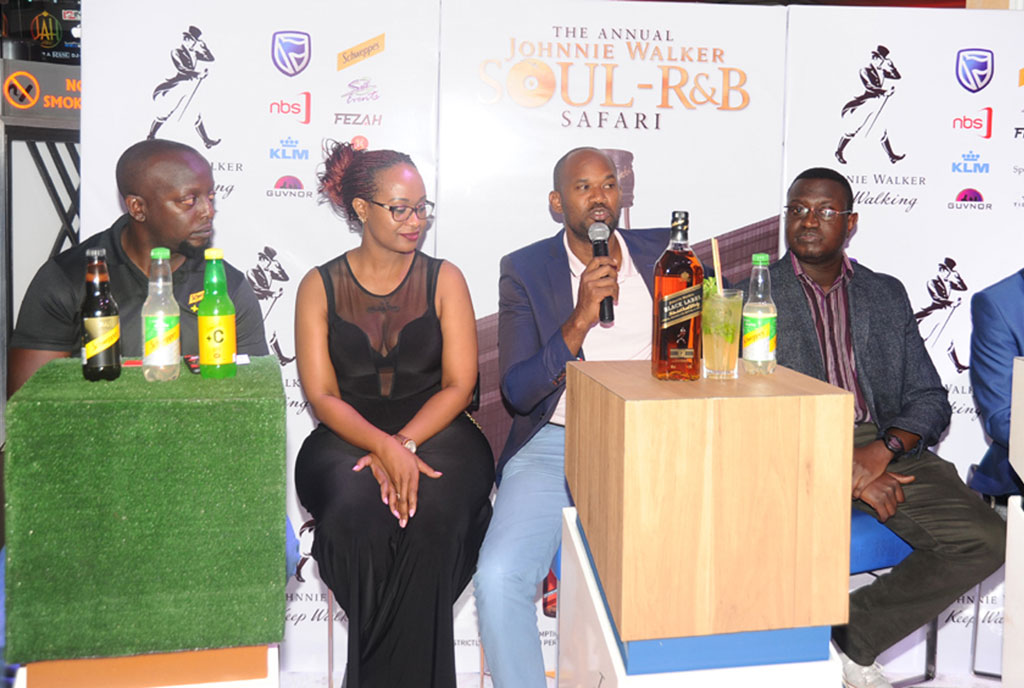 Earlier this year, the organisers of the annual Johnnie Walker Jazz and Soul Safari announced that they were to announce something big coming end this year.

Of course very few read into what they meant but soon in a press conference, they announced the event was being split into two. This meant that jazz music and soul music as genres were going to get special treatment at their different editions.

The reason according to Tshaka Mayanja, one of the brains behind the do, was mostly influenced by the show’s technical demands.

Then he said they had always wanted to put local artistes on the stage but got difficulties because of the demands of the American soul artistes that were visiting, this saw jazz sessions on such shows last for smaller times as compared to soul or R&B.

With the new arrangement though, jazz gets special treatment at its now separate strictly Jazz Safari while the lovers of soul and R&B too get their treat months later.

And that is the story of what is going to become the inaugural edition of the Johnnie Walker Soul and R&B Safari set for December 1 at Speke Resort Munyonyo.

As it is the norm, each year, a super star gets to serenade music lovers and as it was rumored, American heartthrob Ginuwine will be jetting into the country to make the date a special one.

Ginuwine is known for songs like Pony, Best Man, When Doves Cry, Differences, In Those Jeans and Same Ol’ g among others.

Ginuwine was a fixture on chart shows that celebrated R&B and Soul in the late 1990s and the early 2000s thanks to his dance moves and powerful voice.

No local artist is has been confirmed yet.

Early bird tickets will go on sale until November 4, at a cost Shs80,000 if bought using any Visa or MasterCard and Shs100,000 for cash transactions.