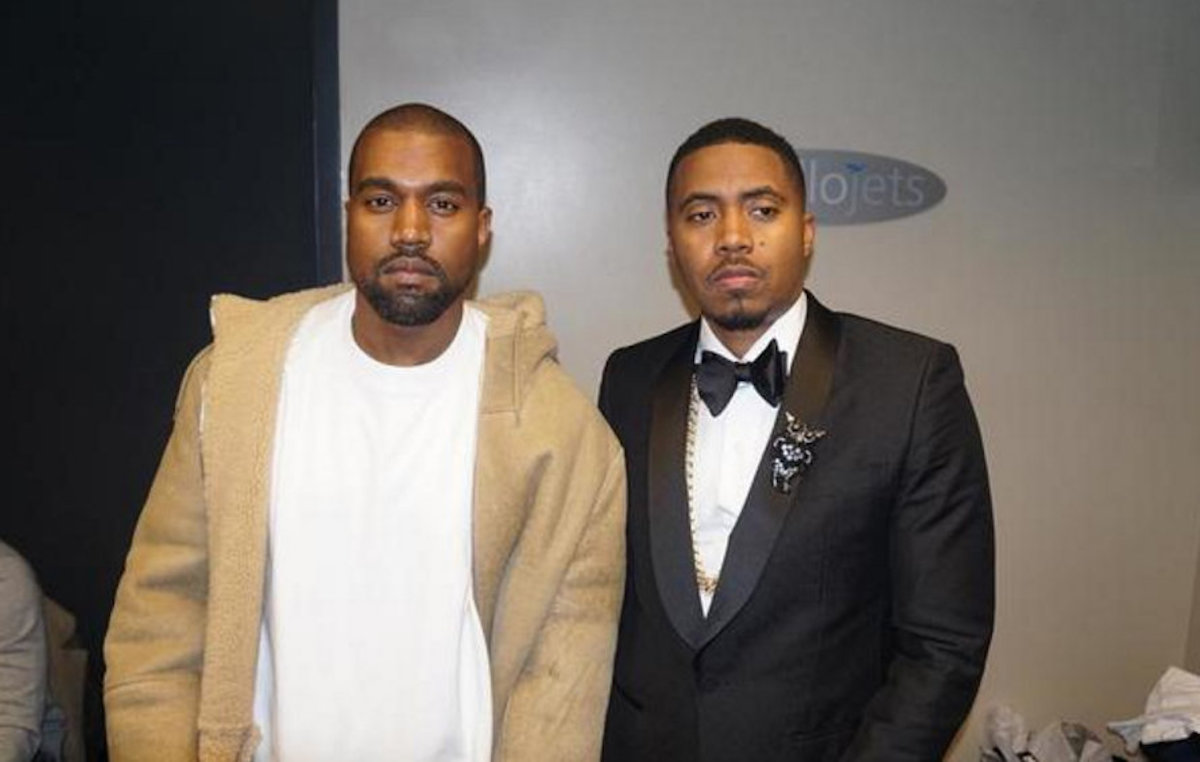 When Kanye West announced an ambitious slew of weekly releases from the likes of Pusha-T and Kid Cudi — all produced by West himself — the project that gave fans the most pause was a new album from Nas. Unlike the other records, Nas isn’t a regular longtime member of the G.O.O.D. Music family, and the two artists’ creative paths have only converged a few times over the course of their respective careers. Would the marriage between Kanye and Nas be a match made in heaven? During a listening party on the evening of June 14, the world found out: Here’s the five things that immediately jumped out upon the first listen.

The production is excellent

It’s no secret that Nas hasn’t always been great at beat selection — it’s a weakness that has followed him for nearly two decades. But when news broke that West would be producing the entire album, fans rejoiced at the thought of Nas reversing that trend and finding the proper canvas for his poetic rhymes: Could West really give Nas what he deserves?

The short answer is an emphatic and resounding yes — and Nasir might be Nas’ most consistent effort from a production standpoint since at least 2001’s Stillmatic. West’s signature soulful backdrops provide the perfect soundscape for Nas’ silky smooth delivery, whether it’s wicked piano loop on “Adam & Eve” or the use of samples of “Bonjour.”

Nas even alludes to what critics have been saying about him, addressing his own occasionally questionable ear on “Simple Things”:

“Never sold a record for the beat, it’s my verses they purchase
Without production, I’m worthless
But I’m more than the surface
Want me to sound like every song on the Top 40?
I’m not for you, you not for me
You bore me”

In recent weeks, West has expressed support for Donald Trump and conservative commentator Candace Owens — so you have to wonder what the conversations in the studio were like between him and Nas, who makes it clear he doesn’t share those views with rhymes that address issues facing the black community. Songs like “Not For Radio” are strong political statements that address religion, politics, and slavery…over a beat from a guy who said slavery was a choice. Nevertheless, if the two had any differences, they seemed to have set aside for the betterment of the music.

But Kanye rhymes about police brutality

It’s not surprising that on the Slick Rick-sampling “Cops,” Nas addresses the police shootings of black men, women, and children that has taken place over the past several years with alarming frequency. What is surprising is that West does too, given his aforementioned political and views and comments that have led critics to say he’s disconnected from what’s happening in black communities. Kanye’s use of the phrase “fake news” makes his contribution a little awkward, but it’s still good to see that West hasn’t totally lost touch:

“I know every story got two sides
Claiming he paranoid by the black guy
Cop wanna make it home by night time
Just a good kid, he wasn’t that guy
Had a little hit, he wasn’t that high
Cop gon’ claim that it was self-defense
Say he was riding dirty so the case rests”

Forget Kanye’s controversial tweets — Nas has been the one embroiled in controversy lately. In an interview with Hollywood Unlocked published in late April, the rapper’s ex-wife, Kelis, accused Nas of physical and mental abuse during the course of their marriage, which officially ended in 2010. Nas hasn’t addressed the accusations publicly, which led to some speculation that the rapper — who addressed the end of his marriage on his last album, 2012’s Life Is Good — would use new music as a means to defend himself. There’s not much here to chew on, though, save for a line on “Bonjour” that could allude to the situation:

For Nas, less is more

A seven-track album may feel too short for most artists, but with Nas, the brevity helps him hit the sweetest of sweet spots. For an emcee with such a robust catalog of music, moving away from nearly hour-long albums and to something more concise is a welcome move step toward quality control. It also means that no moments are wasted or overstay their welcome: The allure of Nas rhyming over West beats has a magical appeal, and the short tracklist gives listeners and opportunity to let that magic really sink in.