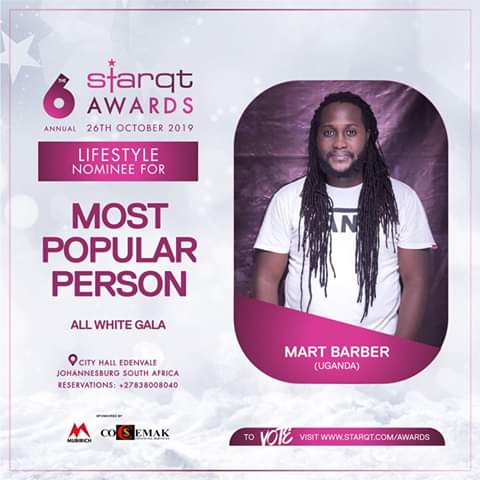 The awards are slated for October 26th in Johannesburg nominations are in eight categories, which

Ugandan musician Sheebah will headline the

awards ceremony, which will be hosted by

“Everything we do is fuelled by our passion for

celebrating the power of unity, acknowledging

whose actions and hard work have impacted on

society. As we set inspiration to the rest targeting

development among all,” an official statement on

“The Starqt Awards Entertainment sector is

dedicating time to highlight these music and art

firms who have provided the world with new,

and empowering young people in the urban

Below are the Entertainment categories for this

Club Night of the Year

UG Artist of the Year in South Africa

Upcoming Artist of the Year

Entertainment Personality of the Year

Promoter of the Year

Video of the Year

Song of the year