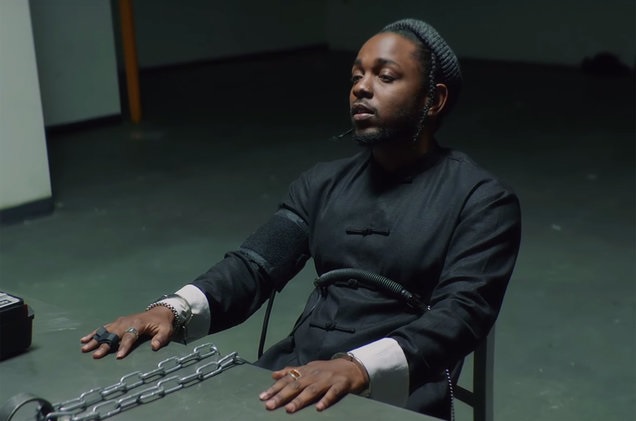 Kendrick Lamar – ‘DNA.’
K. Dot is making heads turn for all the right reasons with his latest offering. ‘DNA.’ is honest and lyrical, and has an epic music video to match.

Kendrick Lamar warmed up for his fourth studio album will hard-hitting track ‘Humble’. The epic visuals reference music videos from other artists including Beyonce, Migos, DJ Khaled and more.

Mike Will Made-It Feat. Big Sean – ‘On The Come Up’
Big Sean showed off his lyrical ability over an introspective track by Mike Will Made-It. The moody collaboration is taken from his second album ‘Ransom 2’.

Future – ‘Mask Off’
Future shook up Hip-Hop by dropping two albums in two weeks! And the flute-led ‘Mask Off’ was among the standout tracks.

Desiigner – ‘Outlet’
Desiigner made his return to Hip-Hop with the triumphant-sounding ‘Outlet’. This is huge!

Big Sean – ‘Halfway Off The Balcony’
Taken from his fourth studio album ‘I Decided’, Big Sean got very introspective over a moody instrumental.

Tyga Feat. Kanye West – ‘Feel Me’
Fresh from his G.O.O.D. Music sign in late 2016, Tyga teamed up with his new boss for ‘Feel Me’. Both Yeezy and T name drop their ladies – Kim Kardashian-West and Kylie Jenner.

Migos Feat. Lil Uzi Vert – ‘Bad And Boujee’
Despite being released towards the end of 2016, Migos’ hit single caught fire this year, sparking endless memes, covers and a shout out from Donald Glover at the Golden Globes.

DMX Feat. Swizz Beatz – ‘Bain Is Back’
After two years of teasing new music, Swizz Beatz and DMX have dropped another banger. Will this appear on DMX’s Swizz-produced comeback album?