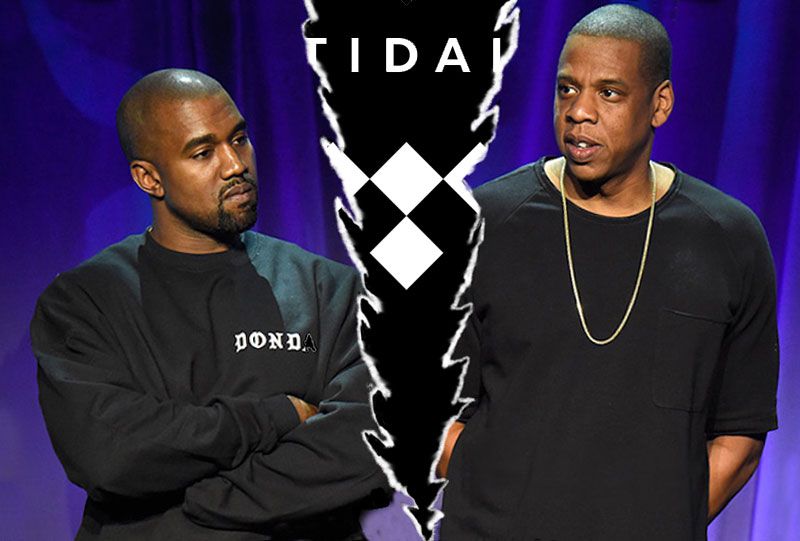 The revenue battle in the music business likely played out in several ways over the last week.
Kanye West’s The Life Of Pablo was first premiered on Tidal in February 2016.
It now appears Ye will no longer release his work on a single streaming service.
A financial conflict between West and Tidal led to the “Real Friends” rapper’s decision.
West was one of the original Tidal artist-owners when the platform relaunched in 2015, but he apparently parted ways with the company over money.
However, the small likelihood a new Kanye album would be exclusive to Tidal, Apple Music, or Spotify could be the result of another factor.
Last fall, Universal Music Group reportedly ordered its subsidiaries to stop allowing acts to make exclusive deals with streaming services.
UMG is the parent company of Def Jam Recordings, the label home of Kanye West.
The pushback by the entertainment corporation could be the result of former Def Jam artist Frank Ocean releasing his independent Blonde album as an Apple Music/iTunes exclusive.
Hours before Blonde hit Apple Music, Ocean dropped the visual album Endless via Def Jam.
By distributing the LP without Def Jam, the R&B singer-songwriter’s profit share for Blonde potentially rose from 14% to 70% of total revenues.
Ye’s supposed issue with Tidal came to light following JAY-Z addressing his Watch The Throne collaborator on the 4:44 album.
“But you ain’t the same, this ain’t KumbaYe. But you got hurt because you did cool by Ye. You gave him 20 million without blinking. He gave you 20 minutes on stage, f-ck was he thinking?” raps the Tidal frontman on “Kill Jay Z.”
4:44 also features the Brooklyn emcee questioning new artists signing to major labels.
“Y’all out here still taking advances, huh? Me and my n-ggas taking real chances, uh,” he rhymes on “The Story Of O.J.”
The Roc Nation boss also had words for Apple Music and its executive Jimmy Iovine on his 13th album.
On “Smile,” JAY says, “F-ck a slice of the Apple pie, want my own cake. In charge of my own fate. Respect Jimmy Iovine, but he gotta respect the Elohim as a whole new regime.”
With “Kanye West vs Tidal” making headlines across the internet, the real story may be how it is the latest round in the ongoing “streaming wars” as well as serving as a flash point in the long-running struggle between major labels and artists.
Share on Facebook Share on Twitter