R.O.W > Blog & News > Annoucements > Jay-Z Is the First Rapper to Become a Billionaire 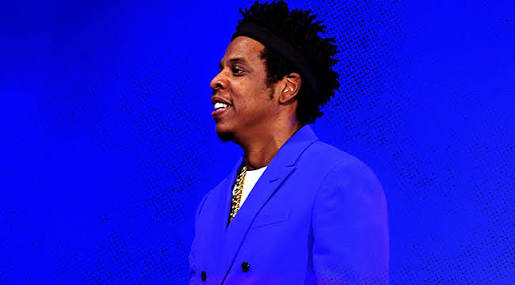 According to a new Forbes magazine piece (as Pitchfork points out), Jay-Z is now, definitively, a billionaire. This makes him the first rapper to amass a fortune in the ten-figure range. The Forbes piece, which begins with an account of a formative meeting between Jay-Z and Warren Buffett in 2010, claims that “it’s clear that Jay-Z has accumulated a fortune that conservatively totals $1 billion, making him one of only a handful of entertainers to become a billionaire—and the first hip-hop artist to do so.”

According to the breakdown in the piece, the rapper’s chief source of wealth is his $300-a-bottle Armand de Brignac champagne brand (at $310 million), but also boasts investments at well over $200 million (including a large stake in Uber). His streaming service Tidal allegedly supplies about $100 million of his net worth, just behind his cognac D’Ussé.

Earlier this year, Jay-Z gave a special performance to celebrate the re-opening of the celebrated NYC venue Webster Hall. He and Beyoncé were the recipients of the Vanguard prize at the GLAAD Awards in March.