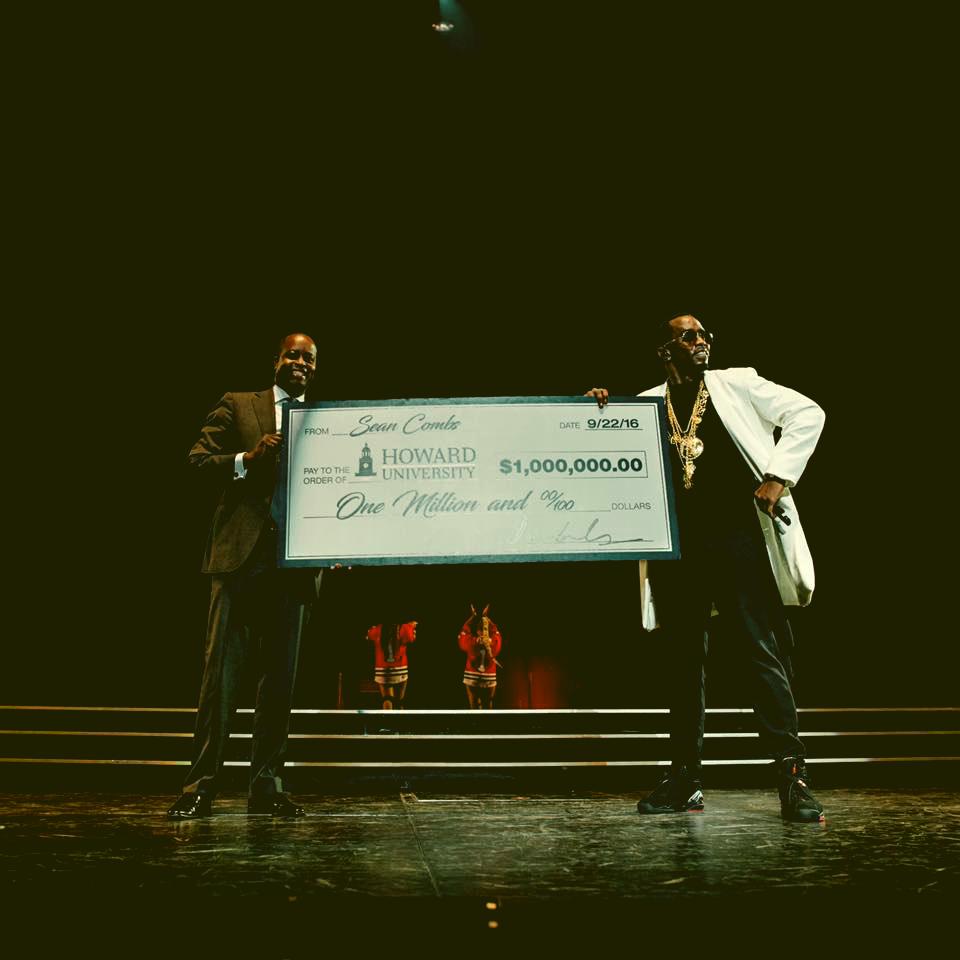 Howard University is my family!! One of the biggest blessings is to be able to support those who supported me!! TONIGHT is a very special night on this tour!! I donated 1 million dollars to my alma mater Howard University!!

Sean Combs, ’90s-known as Puff Daddy and then later P. Diddy, was only one throwback medley into his “Bad Boy Family Reunion” tour before he stopped the show on Thursday night.

“I have something I wanna do special for D.C.,” shouted Combs, 46, as a blinding spotlight shone down on him at Verizon Center. He’d already hyped up his “hometown” crowd with a shout out to Howard University, his alma mater, with the Bisons’ familiar call and response “H-U! You knoooooooow!” Anticipation was building.

Then two backup dancers arrived on stage with one of those oversized checks. Combs, an expert ringmaster if there ever was one, deliberately blocked the view on the numbers. All the audience could see at first were zeros — lots and lots of zeros.

“Everybody get out they cameras,” said Combs. “It’s a million dollars. Take a picture now.”

On stage to accept the gift was Howard’s president Wayne A.I. Frederick. The funds, according to Combs, were to be distributed through the newly established Sean Combs Scholarship Fund to help any student unable to pay for tuition.

Combs, who attended Howard but left before receiving his bachelor’s degree, received an honorary doctorate from the university in 2014 and delivered the commencement speech that same year.

On Thursday, he told Verizon Center crowd that he was “blessed to go to Howard.”

“It changed my life,” he added. “It made me believe I could do anything.”