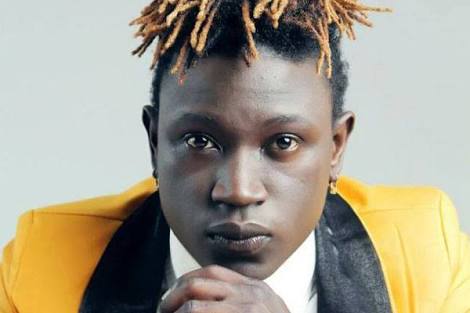 Just a few weeks after GNL Zamba released a song titled ‘Your Sincerely’ in which he dissed Gravity Omutujju and a crop of other new rappers, Gravity has hit back with ‘Black Panther‘. This is his reply to all the ‘Who Is Who’ challenges that involved him, you must listen to this one.

Hip-hop is the trending music genre in the country right now, and of course the best figures in the game are greatly involved. Popular Ugandan Luga-flow rapper Gravity Omutujju has finally responded to the “Who is Who” diss songs by various rappers with his new freestyle titled “Black Pather”.

Gravity disses all other Ugandan rappers including the legendary Babaluku, GNL and Navio, who he says were struggling with the genre until he emerged and changed the game. In the song, Gravity raps in his trademark fast rough style.

Gravity spares no one and is quick to attack Navio saying the rapper still receives support from his mother. He also asserts that GNL ran to Europe because he was afraid of the competition in Uganda and alleges that Babaluku has no new music but only teaches Ugandan youths to get married and steal from white women.

Navio’s response is that Gravity needs to tell him all this in person !

You can listen to the song here;