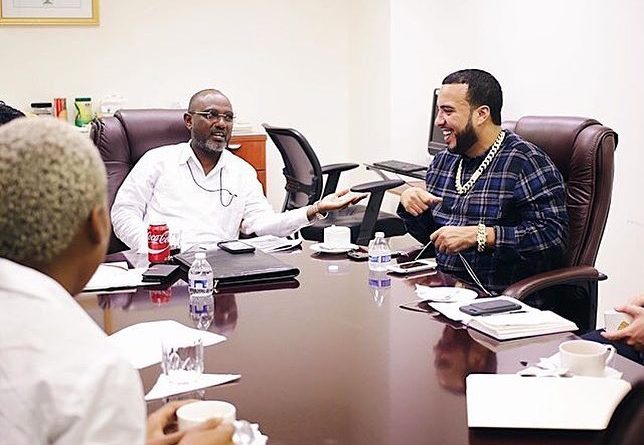 American rapper French Montana was in Uganda early this year where he shot a music video for his song “Unforgettable” featuring the Ghetto Kids,  plus a short documentary film and now he has confirmed more charity.

Apparently, Montana is on the urge of conducting different charities and giving back to the needy and his visit to Uganda got him some strong attachment to the country and now he has visited the Uganda ambassador to USA.

In a post made by the Ghetto Kids, it has been confirmed that the meeting took place and his intentions are so pure.

“Wow!! @frenchmontana has just met with the Ugandan ambassador to USA to discuss more about the problems affecting children in Uganda.. French Montana is truly a blessing to our mother land.. we love u so much and may God continue blessing u. #unforgettable” posted the Ghetto Triplets Kids.