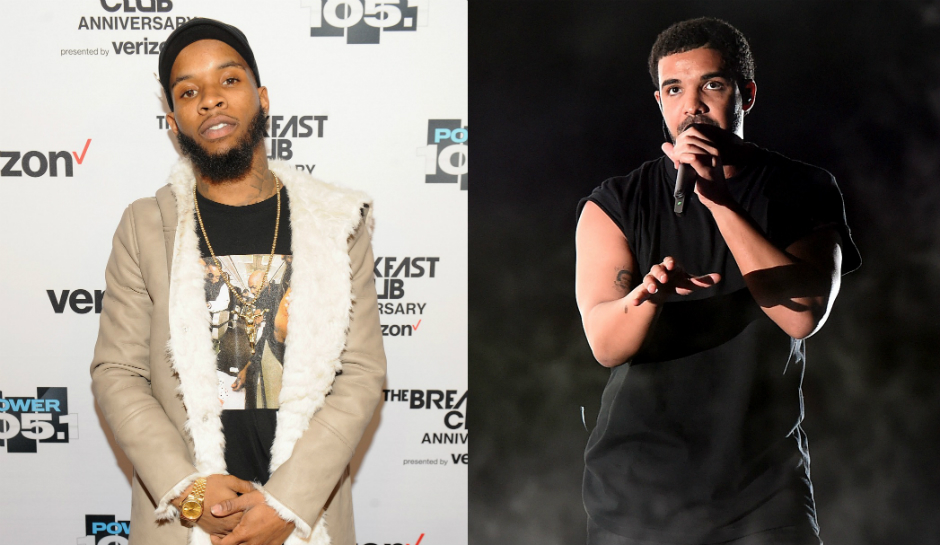 And just like that, the beef between Drake and Tory Lanez is no more. On May 18th, the two Toronto rappers posed for a few pictures on Instagram, signifying an end to a beef that had been going on for almost two years.

“The city needs more of this and less of that.” Drizzy wrote in an Instagram post that included a photo of himself and Tory posted up. Tory uploaded the same picture onto his Instagram, captioning it simply, “Toronto… I Told You @Midjordan ?.”

The beef between these two Toronto representers seemingly began back in October of 2015, when Tory tweeted that it wasn’t cool to call their city the “6.” A few months later, Drizzy threw some shots at Tory on “Summer Sixteen,” rapping, “All you boys in the new Toronto want to be me a little.”
Tory would respond a short while later on A$AP Ferg’s “Funk Up the Flex,” rapping, “For them niggas that was hating on me, even though a nigga used to tell ’em all/I was never ever gang, gang, gang, gang, I was One Umbrella Mob.”
Drizzy seemingly continued the feud on his More Life cut “Do Not Disturb,” rapping, “You overnight celebrity, you one day star.” Tory’s born name is Daystar Peterson.
In any case, all of that is water under the bridge now, as the two Toronto giants have ended their beef and could very well be collaborating in the near future. Dope.