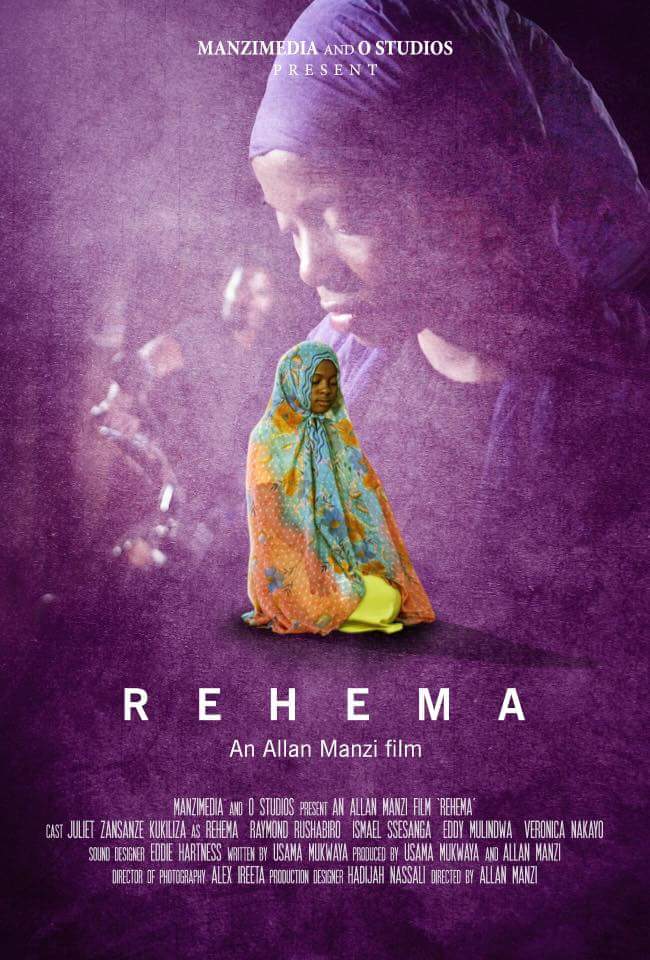 The much talked about movie Rehema directed by Allan Manzi is a coming of age story about a Muslim girl that stands up to her family for the right to chose her fate but nearly loses everything!

Rehema is premiering at the 2017 Uganda Film Festival.
31st August 2017, 7pm. At Ham Cinemas Makerere.
It will be a double premiere with LOVEFACES a feature film written and produced by Usama Mukwaya the same writer for Rehema.

Director, Allan Manzi had this to say ” My personal mission as a filmmaker and storyteller is to change the african narrative and tell stories that show us as our own heroes and heroines without a white(foreign) savior. As Africans we are capable of so much more if we start believing in our selves..”

UCC selected it on behalf of Uganda Film Festival, It will be the first time a Ugandan audience will see it.
Rehema already had a world premiere at the Durban International Film Festival