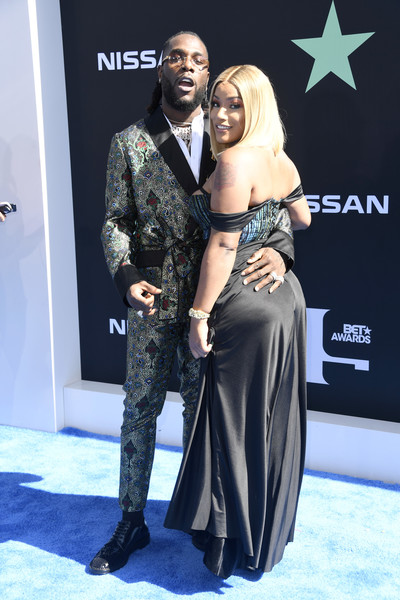 With a follower base of over 4.6 million, the Nigerian singer has now joined the train of the few celebrities who follow no one on the same platform.

Even though Burna Boy has not revealed his reasons behind his actions, a section of his fans are shocked with a majority claiming that it was a romantic gesture to leave only his British rapper girlfriend on his following list.

In August this year, the two were on the spotlight over claims he was still seeing his ex-girlfriend after a video of the two leaked online.

However, Stefflon Don, in response denied the breakup allegations claiming that the clip of Burna Boy with a Gambian actress was from the past.

Don poured cold water on the reports as old news.

“Old videos. Please let it rest, we good over here. Thanks,” she posted including a screengrab of her and an all-smiles Burna Boy on Face Time.

According to Nigerian media, the Ghana-based actress was allegedly in Burna Boy’s life before he met the 27-year-old English songbird.

Stefflon Don and Burna Boy revealed that they were dating early this year and have been going strong since ever since.

In an interview with Hot 97 FM in New York, Burna Boy exalted Stefflon Don as the most perfect person.

“On a more serious note, that’s my wifey. If you wanted a wifey, she’s like the most perfect person with that perfect description. Unfortunately, she’s mine now,” said Burna Boy.