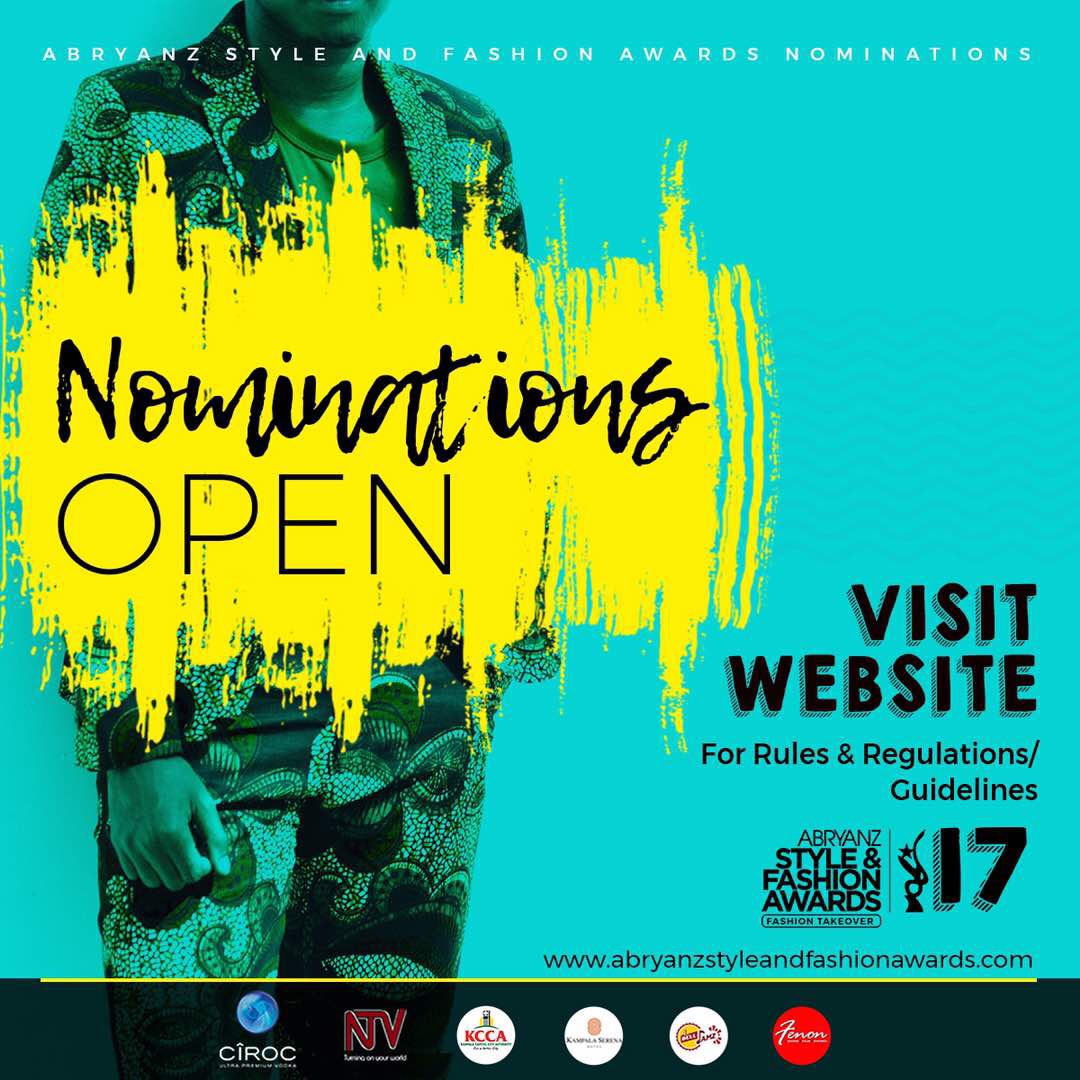 Brian Ahumuza also known as Abryanz launched the ASFA (Abryanz Style and Fashion Awards) 2017 nominations process to the general public on Wednesday last week . Abryanz Collection has started its nominations process just in time ahead of the forth coming event where numerous African Fashion Industry contributors will be rewarded.

Slated for 8th December 2017 at Serena Hotel-Kampala, this year’s ASFA will be the 5th edition in a row. As earlier reported, ASFA 2017 categories have two slots each, which provides for recognition of fashion contributors at both national and continental levels.

According to a statement issued by Abryanz, for one to be nominated, they “must be African, or holders of dual citizenship or foreign citizens who have been residing and working in Africa for at least 2 years.”

It adds: “Eligibility of participants is restricted to people aged 18 and above only.”

To apply via email, the statement states that one is required to send their portfolio consisting of a complete list of projects they’ve worked on during the period of August 2016 to August 2017.