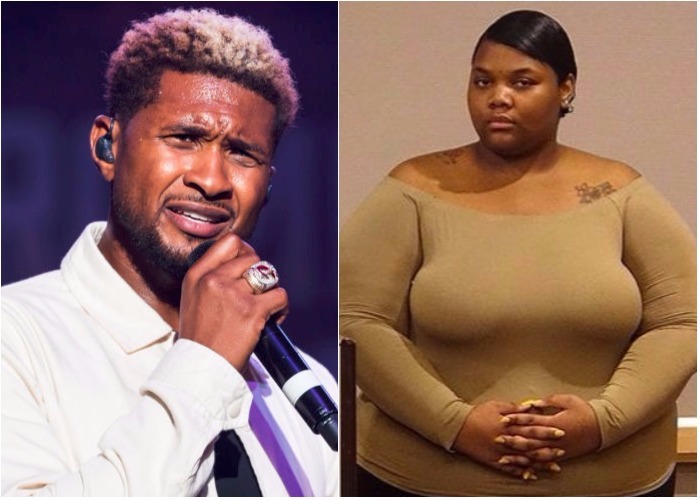 For the past two weeks, Usher has faced allegations of sleeping with a total of four women and one man without sharing his reported herpes status with them beforehand. After paying the first victim off in 2012, Usher is now faced with four pending lawsuits, including one from Quantasia Sharpton, a fan who claims to have slept with the singer after a concert.

New revelations about Ms. Sharpton now have many people giving the alleged victim the side eye, as she may have previously tried to run game on several other celebs, including singer August Alsina and actor Keith Powers.

She claims Usher handpicked her from the concert crowd soon after her 19th birthday, asked security to take her number and later called her to set up a nightcap. Although she tested negative for the STD, she’s suing because she feels Usher violated her rights by not disclosing his status.

It has now been revealed that Quantasia once tried to pull the same move on “No Love” singer August Alsina, according to Fameolous. The site reports that after snapping a fan photo with August, she attempted to send a fake story to BallerAlert claiming they had sex.

She also posted the fan photo alongside the caption, “Enjoying my last couple of hours as a regular girl.”

She posted the same phrase verbatim after going public with her Usher accusations.