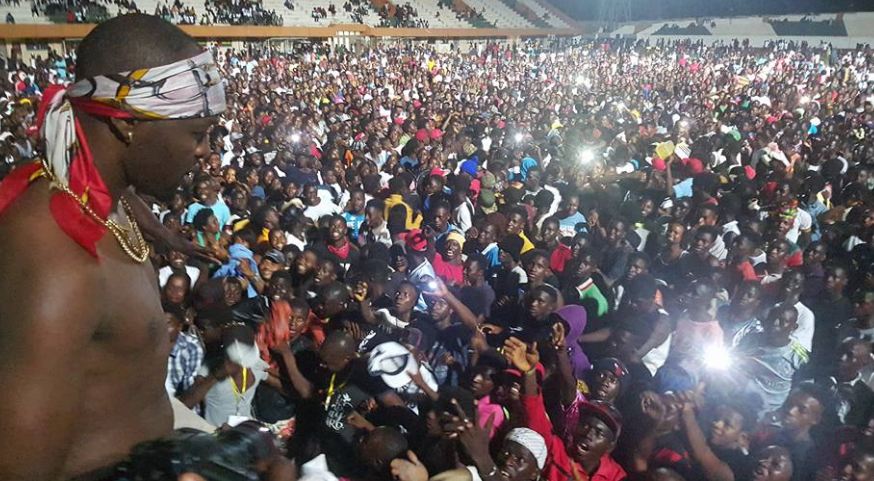 Local singer Eddy Kenzo is hoisting the Ugandan flag high across the continent.

The “Sitya Loss” star made history in Guinea Bissau on Saturday after he filled up their national stadium. Kenzo entertained thousands of revelers in the capital Bissau at Estádio 24 de Setembro whose capacity is said to be 20,000 people.

The “Jubilation” singer could not hide his joy at the feat. “Thank you Guinea Bissau Last night was Magical. One m

an SHOW full stadium,” he wrote online alongside the photos. Meanwhile, Kenzo will head to Ethiopia for his next show. It is slated for May 29.

The singer who has gained a lot of African fan base was in the West African country where he held a concert on Saturday at Estadio 24 De Setembro, a multi-purpose Stadium in Guinea Bissau. The concert was attended by multitudes of people who were in their thousands as they cheered for the African Prince Eddy Kenzo.

Eddy Kenzo was recently in another West African Country in The Gambia where he also performed for hundreds of people in the Country’s capital Banjul.