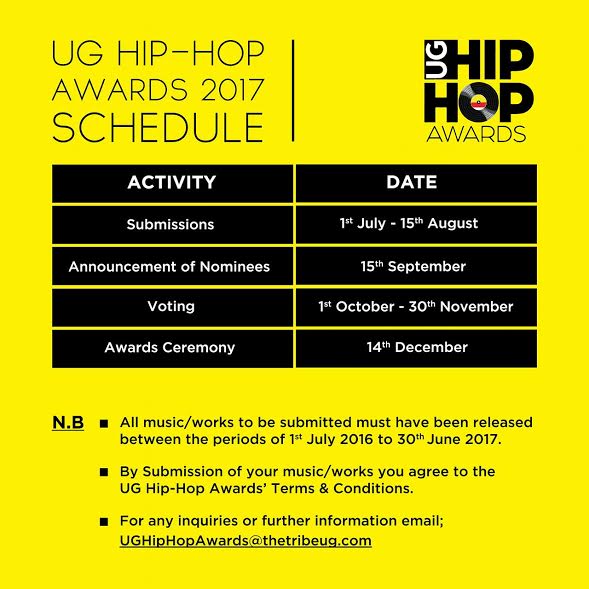 With an overwhelming response and support of the UG Hip-hop Awards in last year’s edition, it was an indicator of a vibrant and influential genre in the music industry thus having the most prestigious music awards in the country. The Uganda Hip-Hop Awards are delighted to announce the major dates of this year’s edition of the awards ceremony.

In pursuit of having a long-lasting awards ceremony that meets all the stakeholders’ expectations and one that celebrates the most influential genre among the youths the awards committee is releasing their timeline ahead before any major Awards activity kicks off.

N.B: All music/works to be submitted must have been released between the periods of 1stJuly 2016 to 30th June 2017.By Submission of your music/works you agree to the UG Hip-Hop Awards Terms & Conditions.