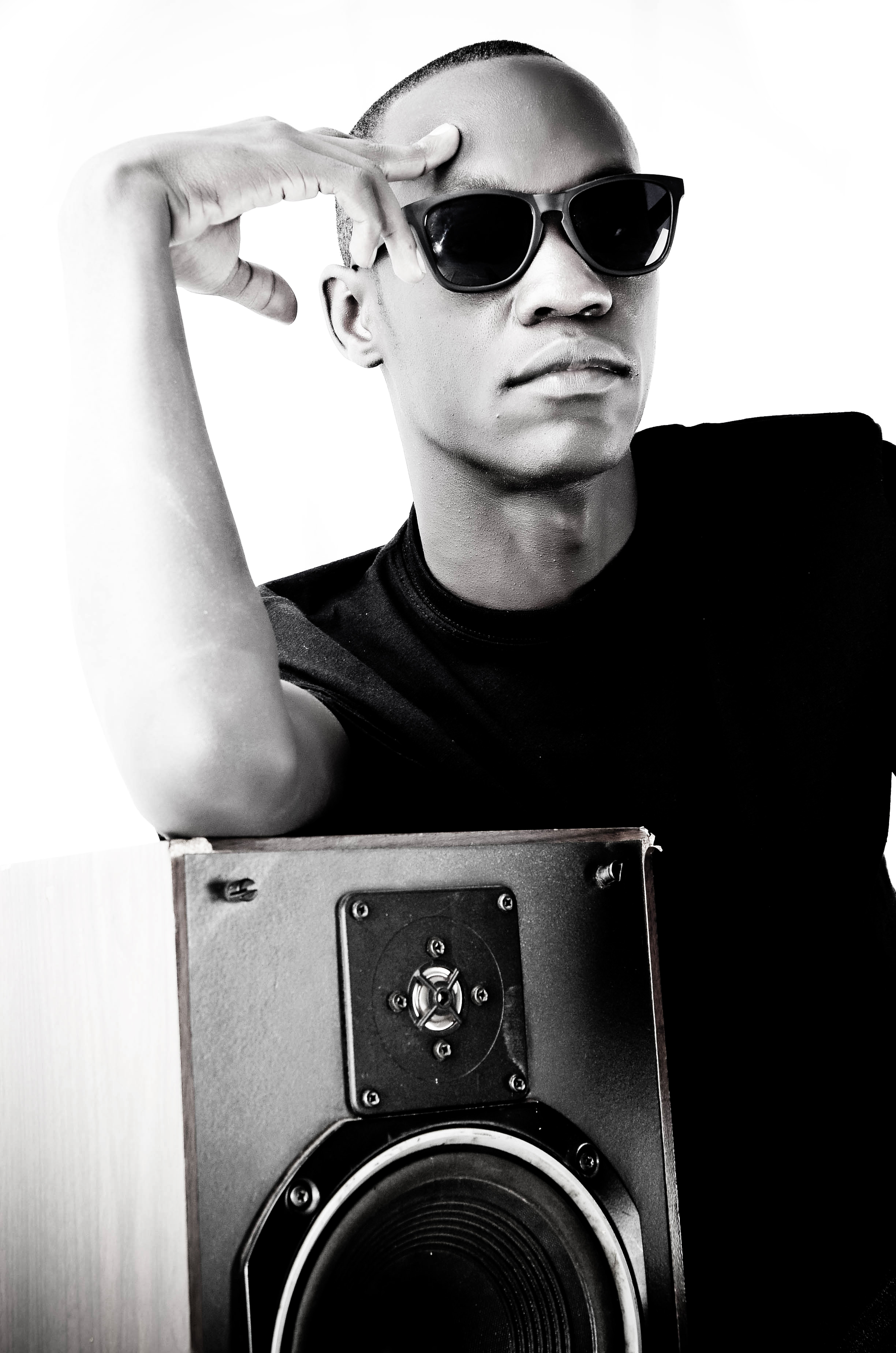 I remember the first time I fell in love with the idea of Ugandan Hip-hop I was in East Kololo Primary School, P.6.K, It was a Saturday and WBS TV (Rest in Peace) Jam Agenda with Collins Sselubiri was the one source of Urban Music. That boy Collins was Cool…i wonder where he is now…

One afternoon I watched Klear Kut’s ‘’All I Wanna Know” and in my impressionable mind I was like “Wait It’s Possible” a thought was sparked. Fast forward to 2009 when I walked into a recording studio for the first time at Muddy Boots..(Shout outs to Brice and Rugged I see you)…Then fast forward to 2016 when am nominated in the same category as the Navio I grew up listening to.

Throughout these changes from listener to fan to artist to brand, I have a few stories I could tell you, some bad some good but one thing is for sure is the love I feel for this Ugandan Hip Hop culture and I know a few who feel the same way and as such feel the same frustrations that this art form faces in Uganda.

Within Uganda’s Hip Hop community we ask the same question What’s Wrong? Where is the hold up? Why is the music form not making financial sense…?

For years I have asked myself this same question, why should a rapper be super talented but not making the bank, so many nights I have reflected on this. Today I thought I would share a few with you and pick your mind. I will break down my thoughts in elements.

If your reading this you must be a fan of Ugandan Hip Hop or at least getting into the wave and you will agree that we no longer have a problem with the quantity or quality of talent in terms of producers and rappers.

The problem being faced at this point is the rappers’ ability to adopt their sound or lyrics to the environment in which they exist, the fear to venture and try new sounds that are more local for lack of better term. I remember the time Navio put out “Njongereza” , it was common in Hip Hop circles online and offline to hear “Navio Done Changed”.(Insert whatever you heard here).

From a purely business perspective, the numbers are in the Luganda speaking masses who are the majority in Uganda Verses the few “Urban elite” for whom a song like “Rider” can do. With that logic, it becomes evident that we as rappers need to venture into new audiences if we are to push the culture beyond the few “urban elite”.  Businesses run on numbers and you dear rappers are into business.

The question of unity among the Ugandan Hip Hop community is another area of debate, over the years I have read countless updates on social media for the community to unite but it’s safe to say it stops on paper or in this case online. For example imagine how for the first time we had the Hip Hop Awards in 2016 and notable names of the genre lacked the decency to attend. There is strength in numbers, we need to hold hands and collaborate.

“Let’s put all the pride aside, call me and I will call back, we can record hot tracks and make history.”

Now this to me is not a problem limited to Ugandan Hip hop only but rather something faced across the industry. The job descriptions of a manager or manager(s) in the Ugandan Hip Hop context are still missing a clear definition. The question of who is really in charge between the artists and manager is not clear, hence poor communication of expectations between the artist and manager then conflicts that delay that good music.

There is the monster question of qualifications of the manager, what professional skills does this manager possess? Am not saying that they have to be school type of skills but is this manager actually aware in business terms can they handle the business development duties properly? Develop and manage all stakeholder affairs around the rapper’s brand. In most cases I have seen they either lack these skills or are not dedicated enough to seek these skills at least throughout the thousand online schools in this regard.

So there is a good rapper with an ill experienced manager who may be a loyal fan and long time supporter with much history but as it should be measureable in business terms exactly what is that this manager is doing. Taking songs to radios and TVs is not all the manager is to do. There is way more work after that. Until we address the issue of skill set of Artist Managers’ in this business we are in for hard times.

The question of skills is however not only limited to the manager but also should be considered with everyone else who supports the brand in a professional capacity.

“The manager is the business generation machine; we need to develop this role for Ugandan the growth of Hip Hop music in Uganda”

So lets imagine the artist and his a manger have hustled and managed to get the a video and audio out. The next step is to have it in the hands of the media and when I say media I mean Radio, TV, Newspapers and I will even put Deejays under this group.

At this point are the corrupt media players and not all but “some” ask for money before playing the artist content , they will play the song once and then want payment to ensure consistent rotation. This issue is faced by Ugandan Hip hop artists and others genres yet still no one wants to speak about it publically  and in many ways been accepted as the way business is done. The down side to this is that;

With the already limited skill sets of the manager at this point there may be no well planned marketing plan and an even more limited budget causing the death of song with a lot of commercial potential.

At this point the song or worse the album of the Ugandan Rapper/M.C will have a still birth, the songs/videos will seat in some folder un-played because someone in the station didn’t get paid and a song just dies.

“I once faced a situation where we asked a DJ to play “Drink Party” , he turns and asks signaling with his fingers “ where is the money” , when we said we won’t pay , he proceeded to ignore us and put his head phones over his ears and play Chris brown all night with Nigerian music like they always do.”

Despite being one of the most promising sectors in the Ugandan economy, there is no strategic plan from government to implement sustainable policies to support the music industry directly. If anything we see the opposite when there is talk to re-develop the national theater, leaving the musician community with no home for their craft.

The failure of government policy can be traced in the school system that has no place to nurture the creative arts but rather imposes science on students at the expense of art subjects.

Government policy on the copy rights laws look good on paper but have seen no implementation , this failure makes investors doubt the profitability of the sector and there by discouraging investment , with no money to support the creative arts community where rappers re-side , the Ugandan Hip Hop industry faces a big challenge.

“With no clear government policy to guide this sector, it’s the equivalent of a headless chicken, it lacks direction.”

This is the guy who promotes shows and books the artist. Let us talk about the promoter for a moment,

In more modern settings a show is a huge revenue source for the artist; with this huge importance to a rappers brand it is key that the person who plays this role is very dedicated and professional.

In the Uganda the average show promoter is very focused on paying out as little as possible especially to the artist ,this is made worse with the large number of “artists” on the streets ready to book a gig at any cost , even for free for the much talked about “exposure”.

Poor organization skills are also something that affects the quality of Ugandan Hip hop shows. Poor quality shows chase away potential fans which lead to fewer shows as attendance is low, low attendance chases away quality promoters directly affecting the income of the rapper brand.

“Lack of Planning is accepted failure”.

This bears the accumulative effect of every step mentioned above.

With Uganda being one of the youngest populations in Africa and the world and Hip hop being a youth driven genre, one would imagine that this potential market would be focused on by Uganda Hip hop but the opposite is true.

The potential Ugandan hip hop fan is treated to

“It’s not hard to see why the Ugandan Hip Hop fan loses interest in the genre. Without a loyal fan base, it becomes difficult to maintain a sustainable hip hop brand in any setting.”

With the above stated it’s a circle that we all contribute to from the Artist to the Management to Media to the Government to the promoters and finally to the Hip hop fan. We all have a role to play in this circle and if we drop the ball we shall be failing the next generation of Ugandan Hip Hop soldiers.

By sharing these thoughts I try not in any way to assume an all knowing position nor do I place them as the only perspectives for them to be viewed from but rather as thoughts streaming through my mind at this moment.

The ball is now in your court.