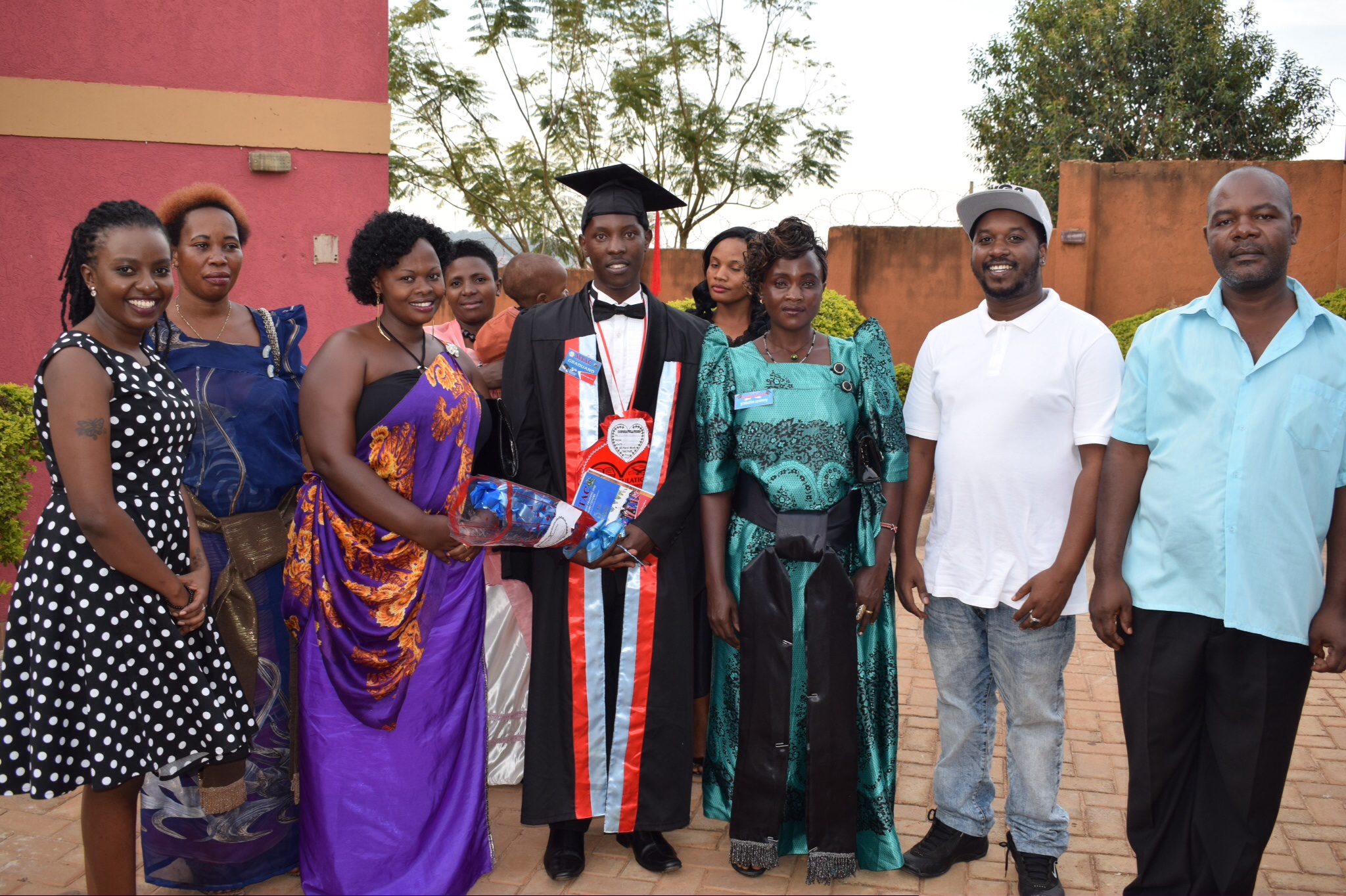 The One Dollar Foundation would like to appreciate their first beneficiary Edison Mayombwe , Edison just graduated from MTAC with a diploma in Finance & Accounting

Edison has has been a beneficiary since 2010 in his senior 3 through out his educational journey leading him to his diploma 2017.

The ODF exists because of contributions from the Ugandan hip hop community under an initiative called HAP( Hip hop Against Poverty). Contributing companies have been amounts them ROW Records, Aethan Music, Rapaholix ,O Nation including well-wishers like Mufasa Tours & Travel and XP Clothing Africa.

It has to be noted that ODF supports first and foremost young people with a drive to make them and their communities better.

The graduation ceremonies were held at MTAC , Nakawa and were graced by Hon. Amelia Kyambade on 27th October 2017.

An emotional Edison says “…with God everything is possible, I often challenge my friends to put God first in all they do” .

This was at a thanksgiving dinner organised by Roland Agaba (founder ODF) at his home for his family friends and well-wishers that had seen Edison through. “When you fail at something try something else! If school fails try your hands at a craft , it’s doesn’t mean one has failed” said Roland.

One Dollar Foundation would like to particularly thank everyone that has contributed however small to Edison’s life and current accomplishments like his family , well-wishers and various contributing companies and individuals. It is with momentum that the next bunch of beneficiaries should be propelled to reach their dreams, and although as one person it’s hard to do much but as a collective we can positively affect our communities.

Other ODF initiatives include project R.I.C(Reading Is Cool) which is currently supporting Kololo Primary School in partnership with O Nation.

*Stories must be of willing persons