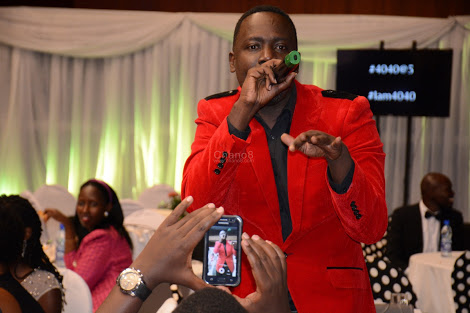 As famous city Prophet Elvis Mbonye celebrated his birthday last month on 27th March, Ruyonga shared a special birthday message to him that read “I see no difference between my father Prophet Elvis Mbonye and Jesus, really. Happy Birthday Greatest Prophet of our generation, an awesome revelation of our Lord and King Jesus,”

This statement brought a lot of controversy as many people were saying that ‘Ruu’ as he sometimes calls himself, has lost track and been manipulated by Mbonye. However, the ‘Tutuuse’ hit maker did not seem to be moved. Days passed and on the 6th of April, Ruyonga did the unthinkable again but in a way of hitting back at critics who were bashing him when posted again clarifying that Mbonye is God himself a thing that is currently one of the hot talks around Kampala.

The post I made on Prophet’s birthday was a bit vague, so I will clarify. Prophet Elvis Mbonye is Jesus, made visible. He is the Holy Spirit, made audible. And He is God himself made accessible,”

This post has raised dust on social media although Ruyonga deleted it and cleared the air now saying that Mbonye is neither God nor Jesus but he is just a prophet of God.  He further apologised to everyone who was mislead and confused by the statement

Prophet Elvis is not Jesus Christ. He’s not God. He’s a Prophet of God. I apologize to anyone I may have stumbled or misled with the previous post. The statement was one hundred percent my own personal now corrected opinion. God Bless.