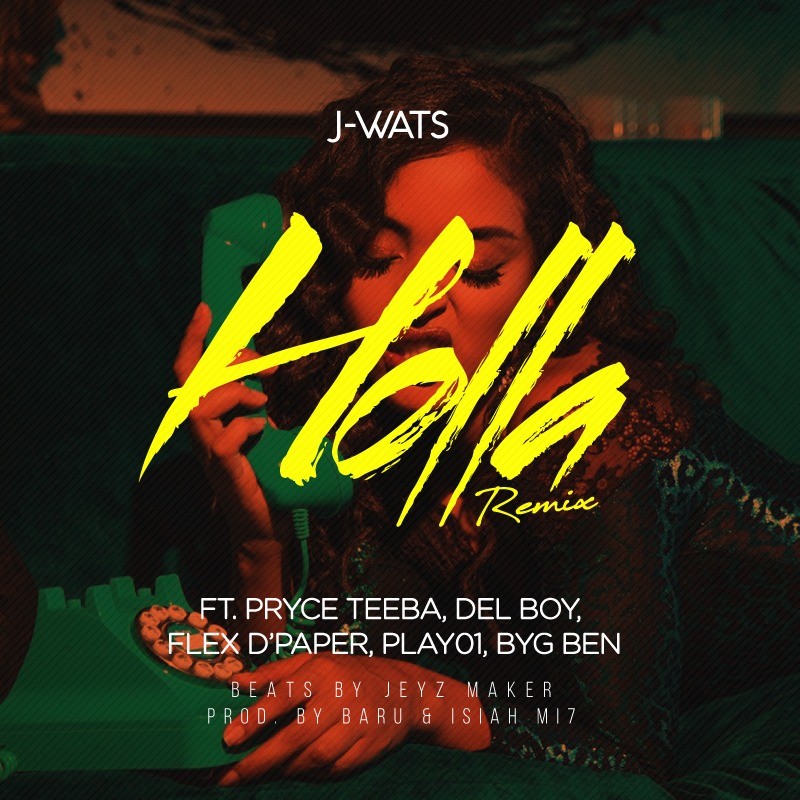 Last year saw him rise to the pinnacle of his career and this year can’t seem to have enough of him already. From headlining shows such as AkaDope, Rapper J-wats has released a remix of his massive tune ‘HOLLA’ a tune that saw him start 2018 with a bang.

While 2017 saw him sqoop a double nomination in the much hyped Uganda Hip-hop Awards in the “Rookie of The Year” and “Song Of The Year” categories, this year is already feeling him for real like a line in one of his songs.

The HOLLA tune has the J-wats narrating the hustles that come with being a rapper in the Ugandan Music Industry. On this remix, he teams up with Pryce Teeba, Del Boy, Flex D’paper, Play01, Byg Ben and this banger was produced by Baru and Isaiah Mi7. The beat was done by Jeyz Maker.

It’s a blend of some of the finest rappers to carry this one home. While everyone thinks it’s a norm of rappers, this one move by J-wats is a build up to his debut Album “On My Own” which will be Dropping Beginning of May.