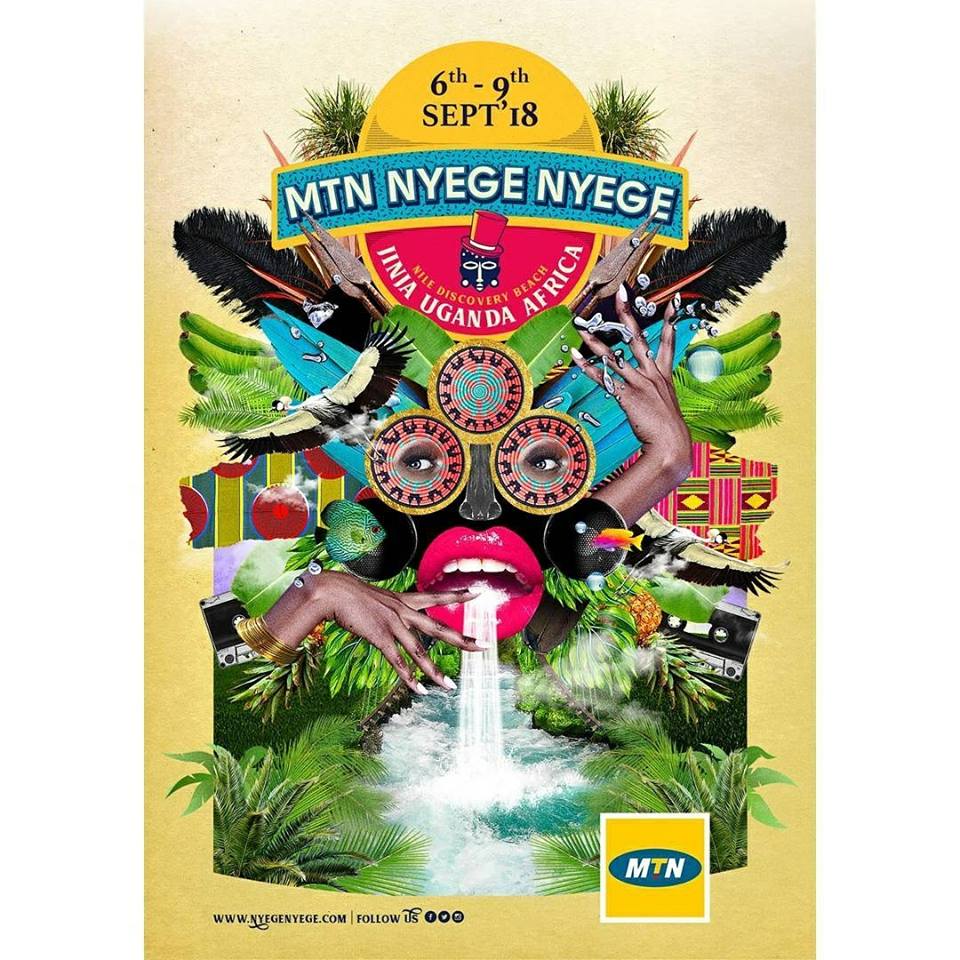 “Nyege Nyege” means “The irresistible urge to dance”, the festival brings musical acts from around Africa and beyond to the shores of the river Nile in Jinja Uganda. This year it is set to take place for 4 days from Thursday 6th September to Sunday 9th September 2018 and have 5 stages.

Although a host of artists from Uganda, East Africa, Africa and Europe will be in Jinja along the banks of River Nile for a 4 day festival of music and dance, we can expect 70% of performances to be from Uganda this year!

MTN Uganda which also just sponsored the Ug Hip hop awards has been supporting music and the entertainment industry recently the telecom firm announced sponsorship of the Nyege Nyege International Music Festival for the next three editions and will be now referred to as the MTN Nyege Nyege Festival. The announcement was made at a press event that was held at The Square Palace on Wednesday 21st, February 2018.

The sponsorship is effective from the September 2018 edition scheduled for Thursday 6th to Sunday 9th September along the shores of The Nile in Jinja. “MTN Uganda is delighted to be the title sponsor of the Nyege Nyege International Music Festival. As a brand we recognize that being part of this celebration of the arts and culture for three days non-stop helps create sustainability of this very important festival” , Olivier Prentout, the Chief Marketing Officer at MTN Uganda told the press.

“MTN feels that this is the right festival to partner with since we are all about celebrating, innovation and facilitating the growth of others” ,Prentout added.