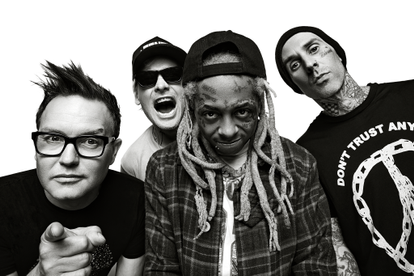 The rapper is currently on co-headlining a tour with Blink 182.
Is everything good with Lil Tunechi? When it was announced that Lil Wayne was hitting the road with popular pop punk group Blink 182, some people were perplexed as to how the two acts would fair on the road together. However, considering Wayne is a fixture in the alternative, skater culture, it wouldn’t be far-fetched to find Weezy admirers within the band’s fan base.

The co-headlining tour kicked off at the end of June in Ohio, and just a few weeks in, there are reports from fans that this tour may not be Wayne’s cup of tea. On Thursday, the tour landed in Bristow, Virginia, but disappointed guests took to Twitter to share that Weezy only played a 20 minute set before he stormed off stage. Because of the rainy weather, many guests decided not to show up and the sparse crowd may have been a contributing factor as to why Wayne left.

According to one Twitter user, the rapper said, “Ain’t enough of y’all *** here, I’m out.” Another person tweeted, “We are at the @blink182 show and #LilWayne was on and off in like 20 min. He was supposed to have an hour set. The f*ck man. #disappointed.” Someone else shared that Wayne may have announced that he was leaving the tour for good. “Lil Wayne jus said ‘i think this is my last day on this tour.’ And walked off. After 4-5 songs because there is barely anyone here because of rain n sh*t lol.”