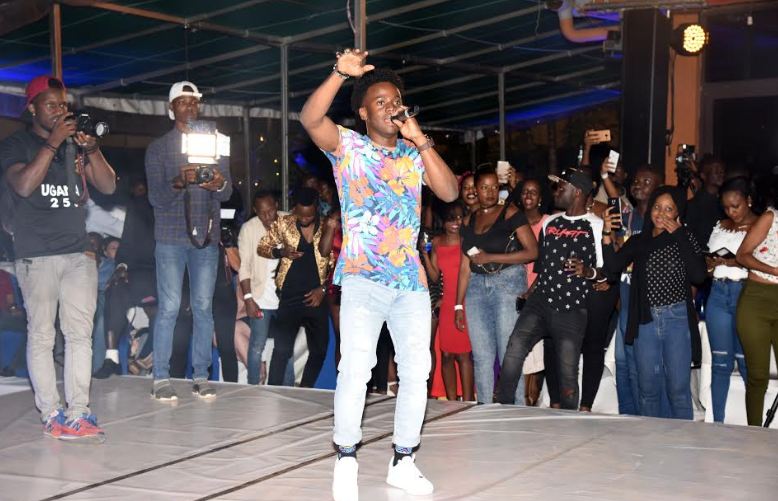 Nigerian superstars Iyanya and Korede Bello lived up to their hype as they performed in Kampala on Saturday evening.

The singers headlined a show dubbed “A Night with Mavin” that saw revelers throng Cayenne Lounge to a have a glimpse of the music stars.

The Ciroc Uganda powered event was opened with performances from local stars, Pryce Teeba and Ykee Benda as curtain-raisers for the evening’s main acts. This was followed by Mavins deejay, Flenzy taking over the turntables. He played a host of top Nigerian songs as he mentally prepared the audience for the Mavin Records signed artistes.

Korede Bello came on stage first. He was welcomed with wild cheers from excited fans and he went on to perform several of his songs including “Godwin”, “Romantic”, “Let him go” and “Mungo Park” among others.

He later paved way for Iyanya who was welcomed by an already roused crowd. He did not disappoint as he brought lots of energy on stage and got the audience dancing to his songs like “Oreo”, “Up to something”, “Kukere” and “Type of Woman” among others.

After he bowed out, local deejays took over the floor and the party went on till late as revelers departed at leisure.