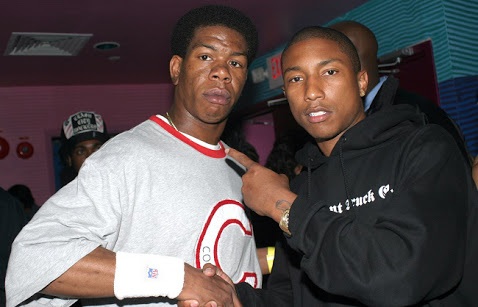 The hip-hop world lost another member as Long Island rapper Craig Mack died at the age of 46.

According to reports, the “Flava in Ya Ear” rapper died of heart failure at a hospital near his home in Walterboro, S.C. Following news of his death, there was an outpouring of love from rappers and producers such as Joe Budden, Juicy J, Chuck D, Easy Mo Bee, 9th Wonder and more who paid their respects to the legend.

While many paid tribute by offering an R.I.P. to the late rapper, others such as Redman, Statik Selektah and Questlove shared stories about Mack.

“1994. I was 12 years old. i studied this album a lot!” Stakik Selektah wrote about Mack’s Project: Funk Da World. “The beats & rhymes had their own style and were just so cutting edge. I remember when he came back out in 99 with ‘Wooden Horse’ and i was amped. Unfortunately the big return never happened.”

Questo gave props to the “Flava in Ya Ear (Remix),” writing, “I kinda think #FlavaInYaEar was the hip hop freestylers’ 1st viral instrumental choice. I mean there was always the lunchroom desk & beatboxing.”

Others such as Easy Mo Bee and Erick Sermon shared stories about Mack potentially making a comeback. According to Mo Bee, he had sent Mack five or six tracks, while Sermon says the two were finishing up an album.