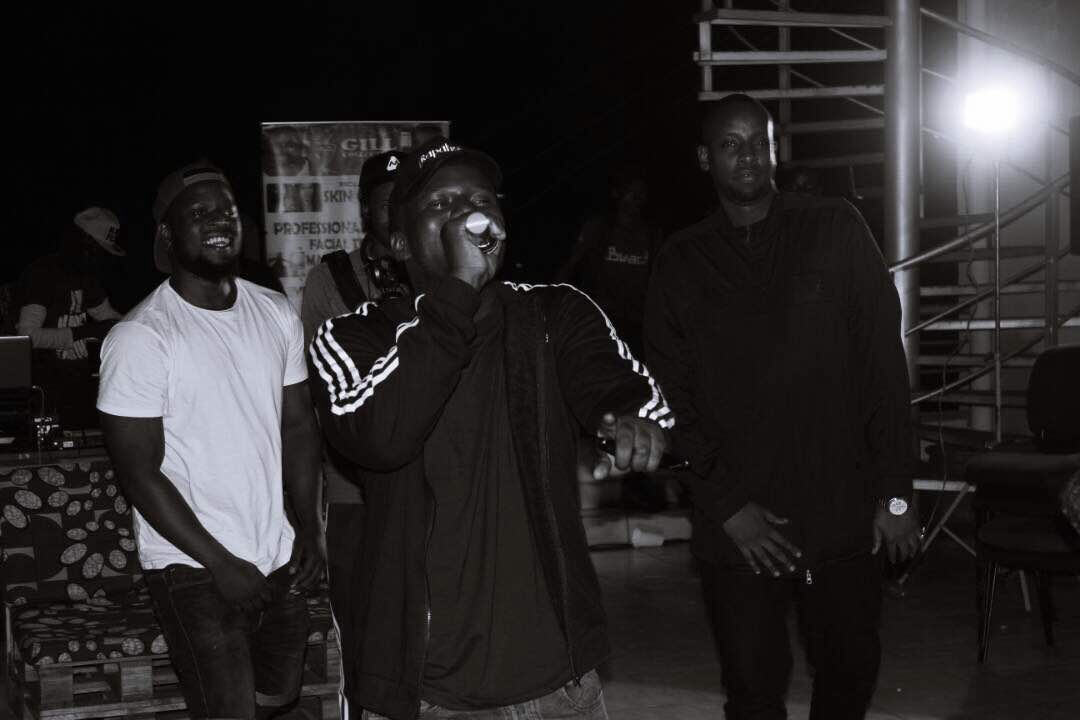 Rapaholix and ROW Records made hip hop history at the German cultural institute, Kampala with the “Not For Sale” mixtape party. Many still weren’t sure if hip hop solo shows can be successful or if fans would turn out to support their favourite hip hop artist, well that’s exactly what happened on this Saturday!

The set-up was casual as Flex sat with the listeners and broke down the inspiration behind the mixtape both the title and body.

The tape which was inspired to create awareness of the current human trafficking situation was also given out for free initially online!

Some tracks got a performance like “Leader” ft Sheila Wya, Yenze Aliko and Day ones. Artists like Byg Ben, Lethal, Pryce Teeba , Play01, Maro, KSL  and Atlas took to the stage to support their own.

The night came to a close with an exclusive courtesy of Aethan music, who brought on Byg Ben, Pryce Teeba, Atlas and Flex D’Paper for their collaboration “Vamutolo”

The official after party at Space Lounge saw Flex do some more live performances!

Asked for a comment, Flex says he will always appreciate everyone, his sponsors, fans, fellow artists and the whole hip hop community for the love he received that day, but above all God who saw it through!!