R.O.W > Blog & News > Community > What are you doing to facilitate conflict resolution around you? 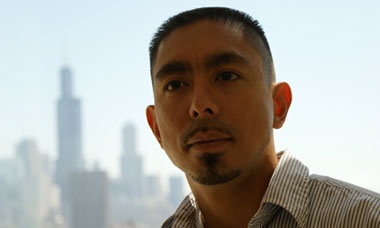 Meet Eduardo Bocanegra who had his story featured in the award-winning 2011 documentary The Interrupters.

A senior director for Heartland Alliance READI-Chicago. Previously, he was Executive Director of the Youth and Safety Violence Prevention program at the YMCA of Metro Chicago, and the organizer for the Chicago West Suburbs and The FORCE Project at Community Renewal Society, where his involvement continues.

Other professional experiences include serving as a violence interrupter with the Chicago Violence Prevention Project (Ceasefire), and as an art activist at Enlace Chicago. He developed, and continues to co-facilitate, a therapeutic support group for parents who have lost children to violence.

An ex-offender himself, Mr. Bocanegra continues to speak and present his own story to organizations, community groups, and at risk individuals in an effort to help others live better lives.

He has an M.A. from the University of Chicago’s School of Social Service
Administration.

Thanks to the Women Situation Room Youth team and the US Embassy, Uganda we got to have a round table discussion around conflict resolution and how to implement said solutions in our communities

One of the video clips played by Eddie was a gang recruitment YouTube video by eLVy – “you ain’t gang” eLVy, a current gang member in Chicago was an example of how media is used negatively. “those are boys I have known and tried to help with real guns…” Said Eddie

Another example of a song on the contrary was “Failure” by YRN Mari, which was produced by Eddie while still at the YMCA Chicago. It’s a message heavy song with emphasis on reconciliation lyrics and an example if how media is used positively

On the day we were present an interesting approach was taken of separating the group to mini groups tasked to answer the “big” questions like – what are the root causes of radicalism, extremism and intolerance?- and – what can be done to prevent gang violence, war and conflict?

The group made up of various passionate people from different organisations raised interesting points all geared towards solving challenges to conflict resolution.