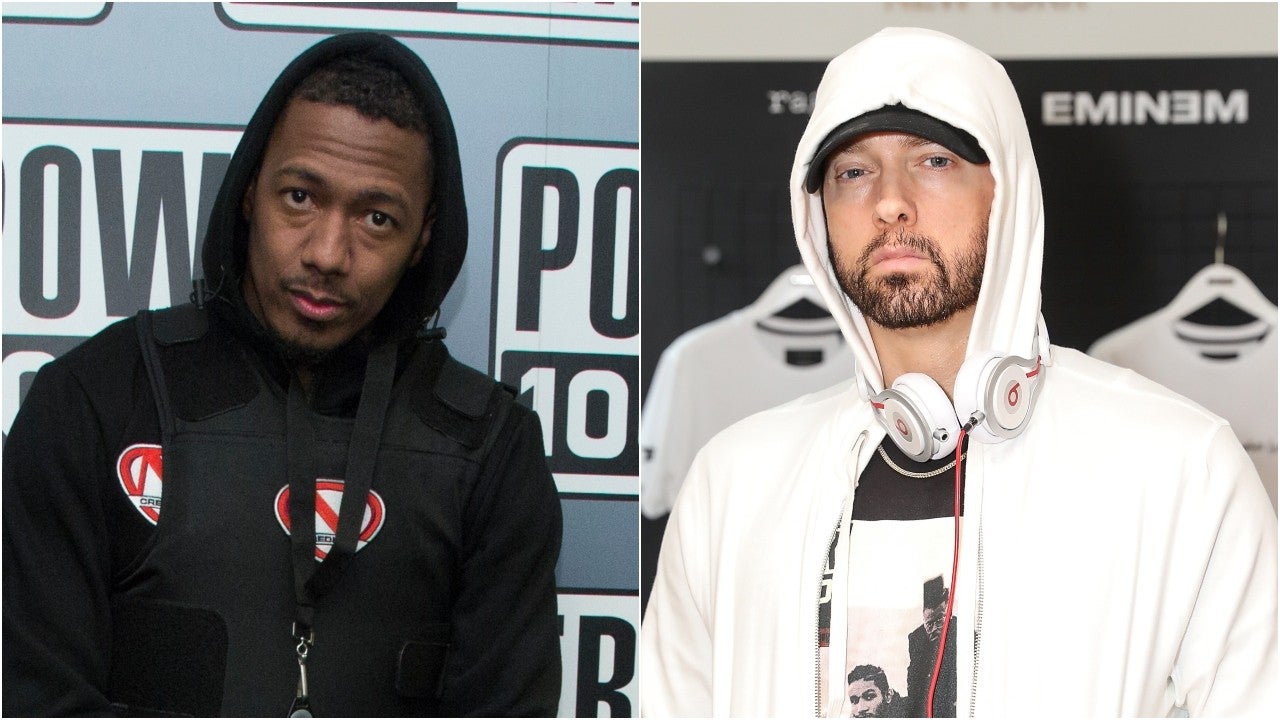 Eminem took to Twitter on Monday to hit back at the diss track Nick Cannon had dropped hours earlier — which was a response to the 47-year-old rapper calling him out on his feature on Fat Joe’s “Lord Above” on Friday.

Among other things, Cannon slammed Eminem with this verse in his song, “The Invitation,” featuring Suge Knight: “I heard your chauffeur got a video of you suckin’ a c*ck/ You paid him off, then laid him off, now who really the opp?/ Suge called me the new ‘Pac, I ain’t no killer but don’t push me/ How the f**k y’all got me battlin’ Elvis Pussly?”

Eminem clapped back, “U mad bro? Stop lying on my d*ck. I never even had a chauffeur, you bougie f*ck.????.” Headded in another tweet, “I demand an apology Nicholas, you’ve made my gardener so jealous!” Eminem came hard at Cannon and his ex-wife, Mariah Carey, in “Lord Above” — calling Carey a “nut job” and Cannon “whipped.” The song came 10 years after the “Lose Yourself” rapper first referenced the couple in his 2009 song, “Bagpipes from Baghdad.” Back-and-forth between the group continued, in which Eminem threatened to release incriminating voicemails tied to his alleged relationship with Carey in 2001. She has denied they ever dated.