R.O.W > Blog & News > business > COOGI IS IN COURT WITH THE NBA, BK NETS, NIKE AND NEW ERA OVER THE USE OF BIGGIE FOR BRANDING PURPOSES 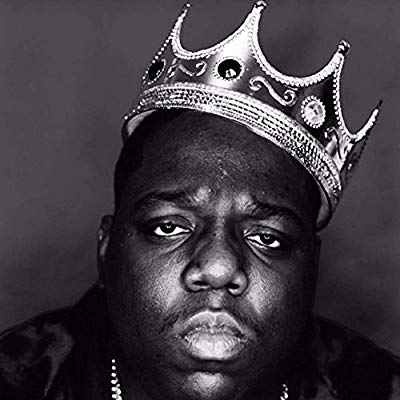 Months after filing a lawsuit against the Brooklyn Nets and Nike earlier this year, COOGI is now on the defense in the ongoing Coogi Partners LLC v. NBA Properties Inc. et al case after being hit with claims that the brand has been improperly using The Notorious B.I.G. to promote its clothing and signature sweater designs.

This all started back in November of last year when the Nets officially unveiled its new 2018-2019 City Uniforms. The jerseys feature a design on the trimming that looks very similar to the classic knitted sweaters that Biggie famously rapped about on songs like “Big Poppa” and “One More Chance.” It’s these same brand references that reps for the NBA, Nike, New Era and the Nets are stating in court that COOGI doesn’t have rights to use to help boost sales for their current products. They argued in court that “COOGI’s claim that its purported trade dress is so famous that, as a matter of law, it merits the enhanced protection of such recognized famous trademarks like Apple and Google is frivolous” in hopes to get the case dismissed entirely.

The part where Biggie comes in is with the the defense’s claim that COOGI is not justified to use his name and likeness to boost its brand. The Australian brand hit them back with a counterargument that states, “Biggie became closely associated with COOGI sweaters because he wore them, was repeatedly photographed in them, and sang about COOGI itself in his songs,” continuing with, “Biggie voluntarily used his right of publicity both in photos and in songs to promote COOGI sweaters.” It’s for these reasons that COOGI says the brand “has every right to benefit from any and all resulting fame.”

So far, the court hasn’t made a decision as to whether or not they’ll be dismissing the case, and we’re honestly a little unsure ourselves as to who has rightful claim in this whole ordeal.