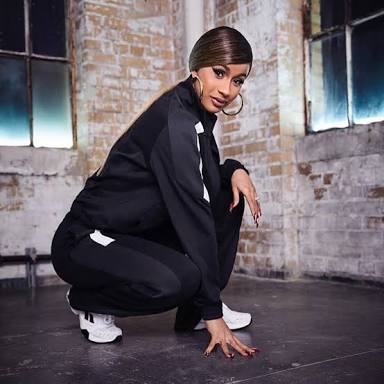 Cardi B is an official advocate of Reebok, as both the hip-hop star and sportswear giant have confirmed their partnership via social media on Monday.

“If you dont know, now you know. ???? REEBOK! #Aztrek @Reebok @ReebokClassics #Reebokpartner,” Cardi wrote in the caption of her Instagram announcement. In the post shown below, Cardi B is seen promoting the brand’s ’90s-style Aztrek sneaker along with complementary Reebok apparel that consists of a sleek black tracksuit with grey and white accents.

Additionally, Reebok’s corresponding announcement on Instagram is a gif that displays Cardi B showcasing a few moves and flexing out in her Reebok gear, along with a caption, “CARDIBOK.” If you’re wondering, the featured Aztrek sneaker is now available to purchase on Reebok’s online store for $90 in a variety of colorways.