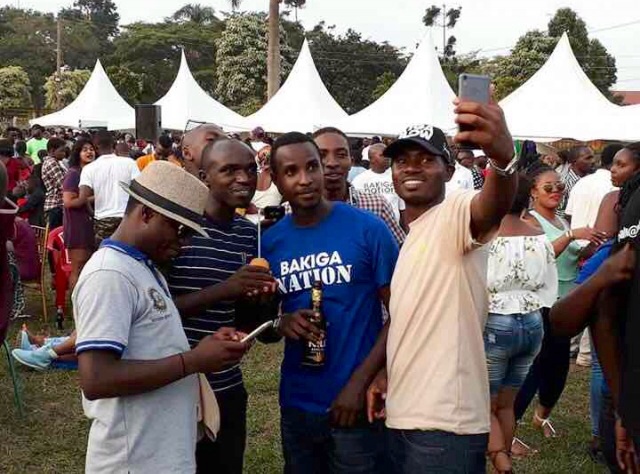 The event was organised by Bakiga Nation, a simple organised group which aims at promoting togetherness, solidarity and also teaches each other about the Bakiga culture and heritage.
It took place at the Hilltop gardens in Naguru.

By midday the place was full as people enjoyed all sorts of eats and drinks ranging from rabbit meat to ‘enturire’, a local brew which was devoured too fast forcing the organisers to order for several more litres of the beloved Bakiga signature drink.

The event was climaxed by amazing performances from the Kabwondera cultural group, Shine Omukiga, Haka Mukiga and T-Bro who rocked the crowd!

There were plenty of bakiga inclined products that revellers had the option of going home with from “Bakiga Nation”T-shirts to “Kiga Flow” caps and so much more.