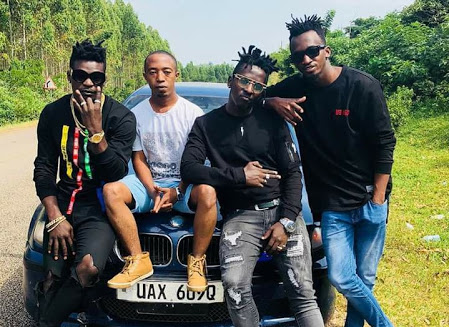 B2C group are to rebrand and get a new identity.

This comes after the bitter split with their former manager, Andrew Mugerwa of Andy Events who banned them from releasing any music containing his record label ‘Andy Music’.

With the constant fights and bickering over the group name, B2C have officially introduced a new name to their fans through their latest song, ‘Byamanyi’.

B2C in their new song, ‘Byamanyi’ introducing the new name.

They will therefore be known as ‘KAMPALA BOYS