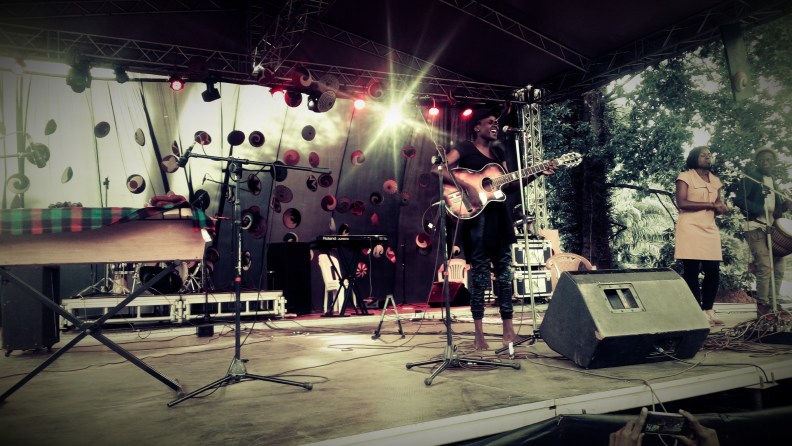 If there’s one musician to watch in 2017, it must be Apio Moro. The moment I listened to her “Ajok” song, I sprang out of bed shouting; “Eureka”. This was it for me. Every year must come with someone to watch out for. 2017 had gone long without producing that one star. But just at that point of giving up, there came Apio Moro, and to make matters even more spectacular, she sings in Jopadhola, which could be the best language in the world. Jopadhola is like a combination of Spanish, French, Rutooro and Zulu. That’s how enticing this language is.

Apio Moro came to the world of many at the last Blankets and Wine. She’s also a regular at the Ugandan millennials’ must-attend event for Friday, Coutinho Kemiyondo’s Aka Dope. But who is Apio Moro? Some have called her Uganda’s Adele but that’s certainly an underestimation of her qualities. Should we say, she is a mélange of Adele, Nigeria’s Efya and South Africa’s Zonke.

Her music is Afro-Soul or Neo-soul but it’s the way she effortlessly sings that shows the natural star she is. She’s like a living Mozart, but for music. She’s almost made Japadhola a must learn language for many. She’s taken up the space that Keko left.