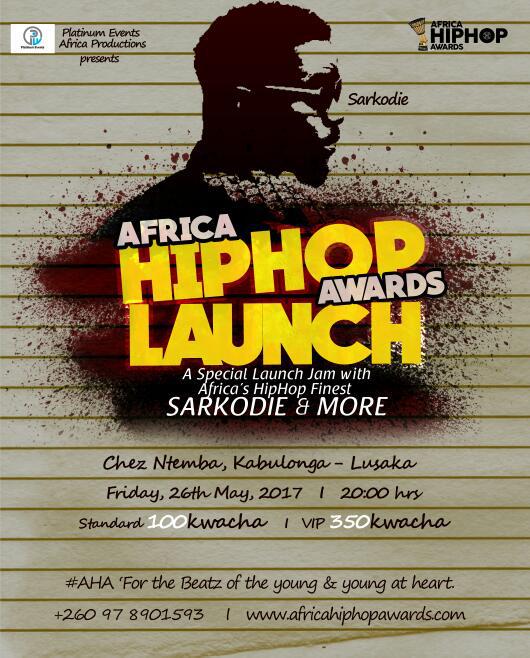 The Africa hip-hop Awards organizing team co-chaired by the Co-founder and creative director of Platinum Events Africa Productions, Nana Yaw Obiri Yeboah and Mike Strano (CEO, PHAT – Kenya), conducted a survey which showed that, Sarkodie, is the most admired hip-hop artiste in Zambia and beyond hence we have found it necessary to invite him as the official headline guest to endorse and be part of the launch of “Africa Hip-hop Awards” commemorating with the project outdoor of “AHA KIDZ OFF THE STREET FOR HIP-HOP” on 26th May and 27thMay 2017 respectively.

As part of activities counting down to “AFRICA HIP-HOP AWARDS” slated for Lagos – Nigeria in November, #AHA has partnered will be producing and create a music reality show competition dubbed “FACE OF IDOL AFRICA”; A television reality show with 11 participating countries, a contestant (FACE) each from one country with a determination to represent his or her country’s music icon or mentor (IDOL) for a $100,000 prize winner package.