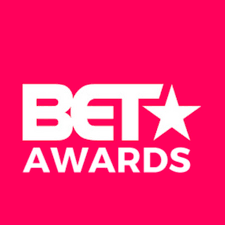 Los Angeles for Atlanta or L

across eight Viacom networks to its June 24

spot for the fourth consecutive year. Held at the

with Miguel. During the broadcast, the BET

peaked during Meek Mill’s performance with

The 18th edition of the BET Awards followed the

professionals and fans to events all over the city.

But with the network’s contract with AEG, which

owns and operates the Microsoft as well as

Staples Center, up this year, as reported by

Fortune, what does that mean for future BET

“BET and AEG executives are reviewing the 2018

BET Experience weekend and will begin

discussing a contract extension for the 2019

event in the near future,” says a rep for the

network in a statement to Variety .

Still, while it looks unlikely that BET would make

Atlanta or Las Vegas, has the industry buzzing.

the success of the locally-based Quality Control,

which is home to Migos, Rich the Kid and Lil

Gucci Mane and DJ Khaled and has featured

“We have five hip-hop residencies between our

entertainment marketing at the Tao Group,

whose Las Vegas properties include the Tao

nightclub, beach and restaurant, Lavo, and the

Marquee brand of nightclubs and dayclubs. “I

think award shows do great in Vegas. It’s the

center of hospitality in the country, so you have

tons of dining and nightlife and hotels. It makes

Moreover, adds Fass, “These artists are all there

weekly. They have homes in Vegas. Hip-hop is

of the culture in Vegas, where it wasn’t for quite

That’s not the case with Atlanta, which isn’t just

Mike Will Made It, but has traditionally seen a

robust R&B and hip-hop scene, from TLC and

Usher to Outkast and Goodie Mob. “There are

few cities that have a richer history than Atlanta

when we are talking about music,” says Jonny

include rappers Wale and Joey Bada$$. “So

many pillars of the culture have come out of

there, from Dungeon Family to the Migos.

Hosting the BET awards in ATL would be perfect

celebration of excellence, legacy and of course,

Angeles to New York for its 2018 edition, and the

venues over the years, to varying degrees of

success. But the BET Awards have for the last

17 years been held in Los Angeles. Only once, for

exciting for these awards [shows] to change

cities and not get stale.”

Vegas certainly has experience with awards

annually as well as the Academy of Country

Music honors. Atlanta is newer to the awards

show scene, though it’s worth noting that BMI,

Hop Awards to Atlanta starting in 2017. It