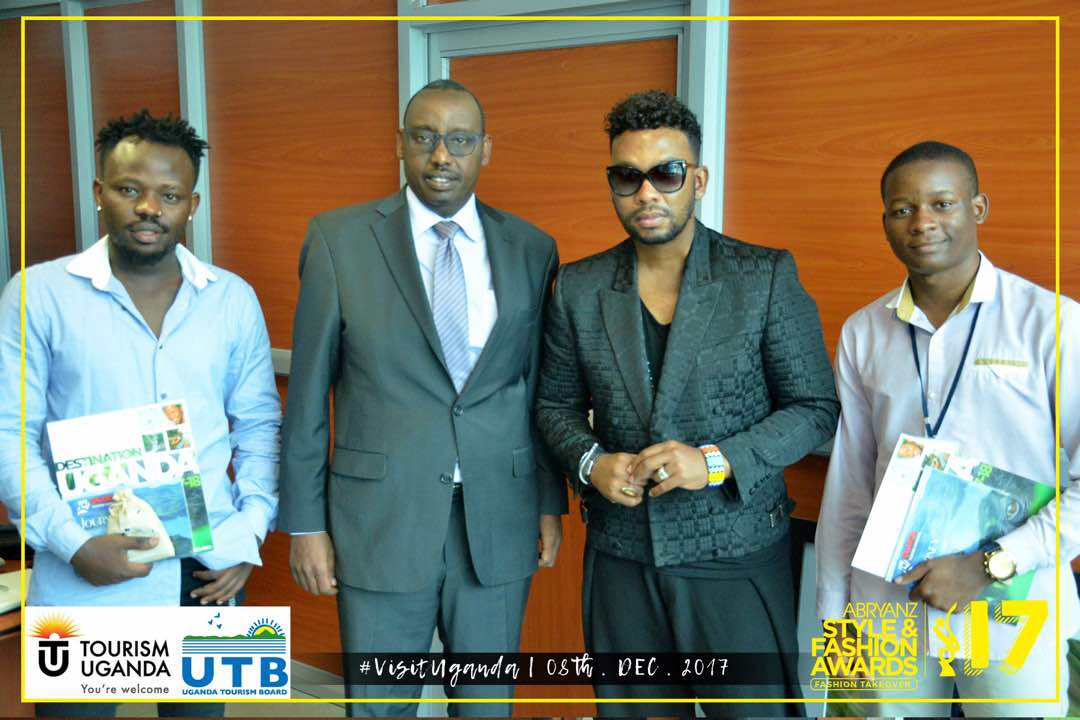 “2013 marked the birth of a dream that has grown to lengths that even I can’t fathom. Every single year, my ASFA team and I conjure up new ideas, new inventions and new partnerships that produce a world-class event that ASFAs have grown a repute for.” Abryanz!

Last week, Africa’s renowned fashion designer David Tlale, who’s designs have walked on New York and Paris fashion week flew into Uganda to chair a production meeting along with Fenon Events C.E.O Steve Jean, to put to paper the vision of the 2017 ASFA. David Tlale was one of last year’s remarkable designers that walked the 2016 ASFA runway putting the award show at a standstill with his showcase.

David accompanied the ASFA team to some of Kampala’s influential offices including the Uganda Tourism Board where we had the pleasure of meeting the C.E.O Mr. Assimwe Steven, who was very receptive to the ASFA, expressing gratitude for the platform Uganda has received with the awards.

Thereafter, we went to KCCA offices where we met Robert Kalumba, the Deputy Public Relations Officer, KCCA, who shared an impressive sentiment with the ASFA, commending the award show for the conception of an event that has conveyed Kampala city to the world as a fun, free and developed city.

The blessed morning didn’t stop there, we proceeded to South African airlines where we met the Country Manager, Yewagnesh M. Birriggwa who’s response was nothing short of the former. David Tlale was along the ride the whole time, giving guidance and support to ensure a bright event.

Uganda will cause a global frenzy come 08th December 2017 at the Kampala Serena hotel when Africa’s holistic fashion manifests at the 2017 ASFA with marvel and glamour.
Africa is the future of fashion